There have been changes to some of the theaters I’ve photographed over the years, so it’s time for another update.

The auditorium ceiling at the Fox Theatre in Fullerton, CA has been restored since I first visited it in 2014. New LED ceiling lights were installed at the same time.

View from the balcony of the Paramount Theatre in Long Branch, NJ.

The Paramount (Broadway) Theatre in Long Branch, NJ was demolished in late Spring 2017. 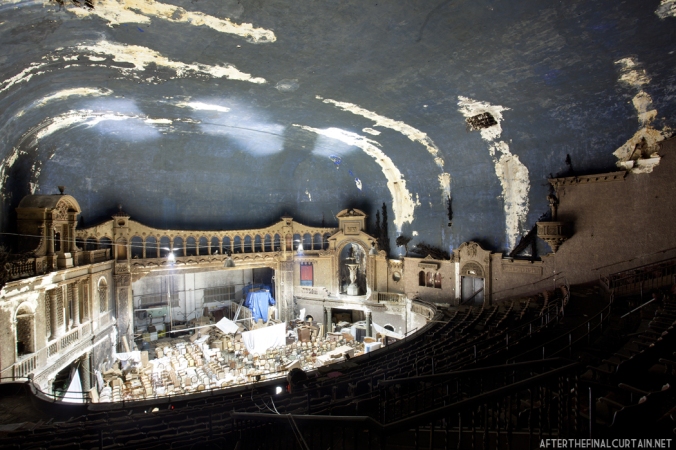 The interior of the Loew’s 46th Street Theatre was gutted in late 2015/early 2016, and the site is slated to become condominiums. 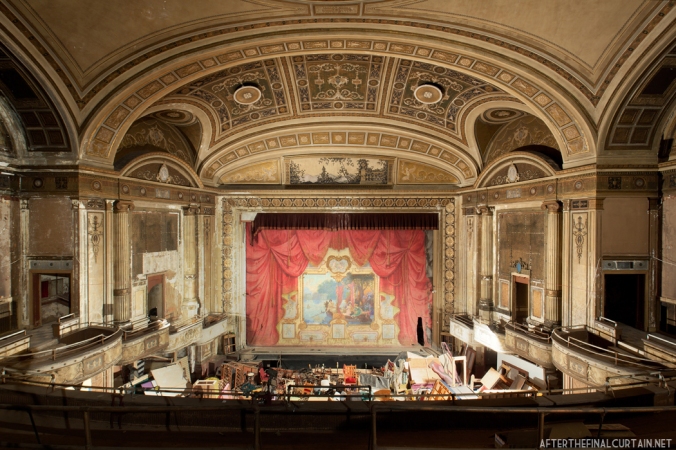 The former Loew’s Theatre Complex (Loew’s Poli Theatre, Loew’s Majestic Theatre and the Savoy Hotel) are slated to be redeveloped over the next few years. First, the Majestic will be renovated and reopened as a performing arts center. Then, the Savoy Hotel will reopen as a 100 room hotel. Last, the Loew’s Poli (Palace) Theatre will become a banquet ballroom, gym, and a “family friendly indoor park.” Construction is slated to begin in 2018.

Work began at the RKO Keith’s Theatre in Queens, NY in late June 2017, 31 years after it closed. However, a stop work order went into effect the same day delaying the start of construction once again. The auditorium is slated to be demolished in the fall of 2017. Portions of the lobby, as well as the original ticket booth are slated to be incorporated into the condo building that will be constructed where the auditorium once stood.

Before and After, Embassy Theatre – Port Chester, NY

The Embassy Theatre in Port Chester, NY was gutted in the spring of 2017. No plans for the future of the space have been made public. Gutted photo courtesy of Gaby Gusmano.