The Embassy is one of the 22 theaters in my new book “After the Final Curtain: The Fall of the American Movie Theater.” Find out more here. 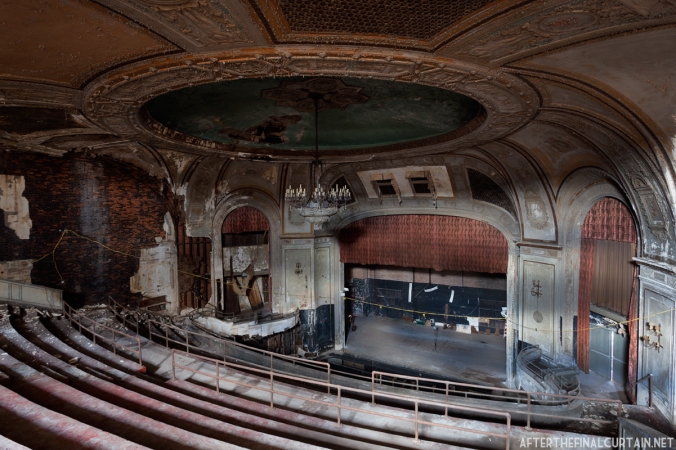 The Embassy Theatre opened August 12, 1926 in Port Chester, NY. Designed by prominent theater architect Thomas W. Lamb, the 1,591 seat theater was built on the grounds of an old Elk Lodge. Lamb also designed the nearby Capitol Theatre, which opened just a few days after the Embassy. 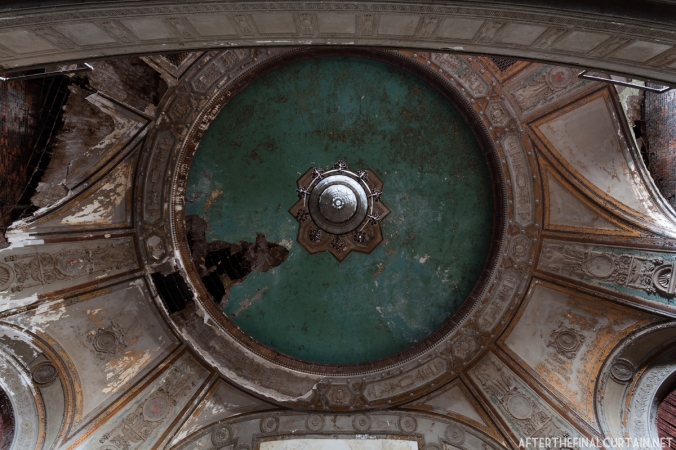 View of the ceiling from the main level.

Like most theaters of its time, the Embassy opened as a vaudeville house and gradually began pairing live performances with silent films before switching over to motion pictures. It was also used to host different events, including bridal showers and fashion shows. In August of 1937, the theater was added to the Leventhal-Werba Atlantic Coast circuit and was used as a live play house. The Embassy eventually switched back to showing motion pictures.

The original chandelier still hangs in the auditorium.

The Embassy closed in the early 1980s after showing Spanish language films for a few years. On June 26, 1986, the theater was reopened as a dance club for teenagers called the Public Domain. It was shut down by the police after only one night due to noise complaints.  The theater almost became a multiplex in 1998, but the deal fell through. 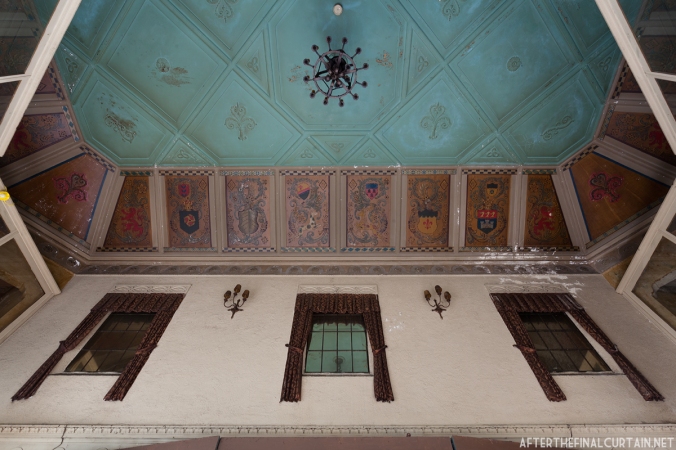 The ceiling of the lobby was decorated with various coats of arms.

The Port Chester Council of the Arts tried to get the Embassy listed on the National Registry of Historic Places and to renovate the theater for use as vaudeville museum. They cleaned up and repainted the Embassy, but were unsuccessful at obtaining the funds to restore the building. The building was gutted in the spring of 2017.

Most of the projection equipment was left behind after the theater closed.

A close up of some of the plaster-work to the right of the stage.

The snack bar was added years after the theater opened.

The proscenium has two large holes in it due to the removal of sound or lighting equipment after the theater closed.

A closer look at one of the projectors. 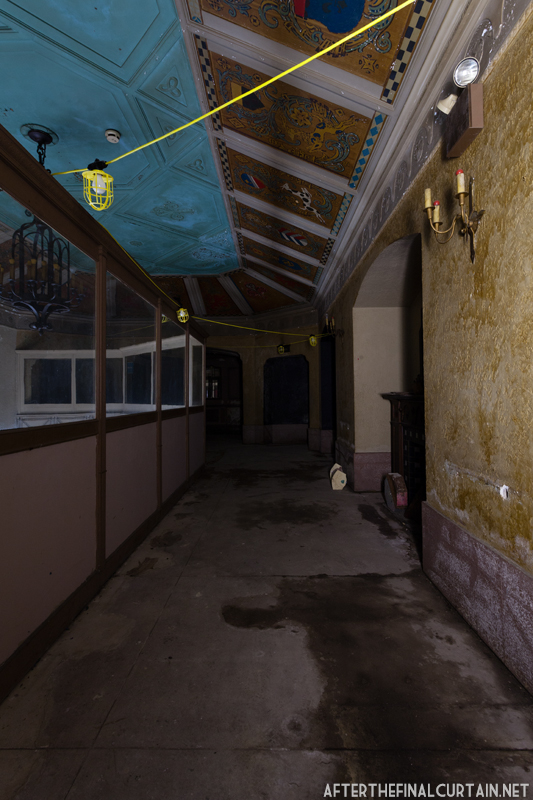 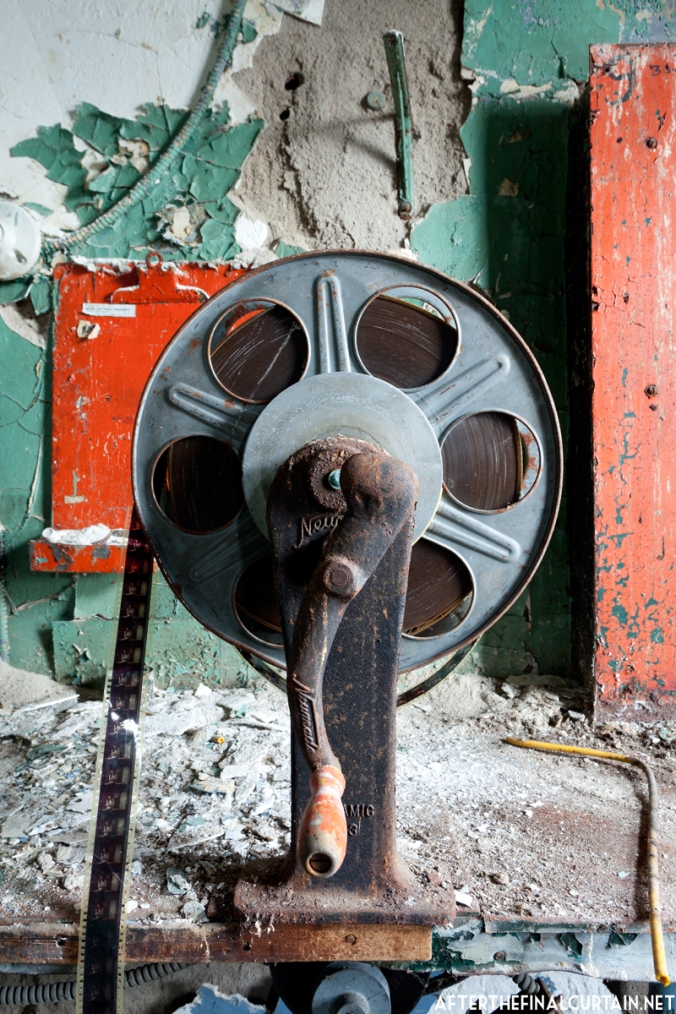 The hand cranked film rewinder still has one of the last movies to be shown at the theater in it. 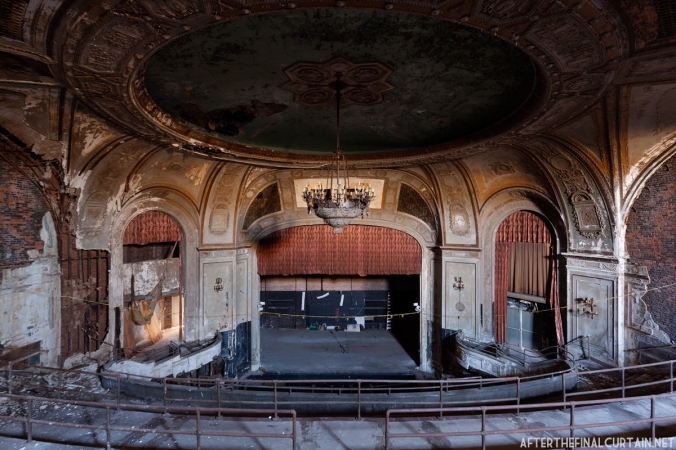 View of the auditorium from the center of the balcony.