View from the balcony of the Keiths Theatre

The RKO Keith’s Theatre, originally called the Keith-Albee Theatre, opened Christmas Day, 1928 at 1:00 PM.  Located in Flushing, Queens, it was designed by Thomas W. Lamb, an architect known for his theater designs, which can also be seen in New York’s Ziegfeld Theatre and Proctor’s 58th Street (which was built simultaneously with the Keith’s). 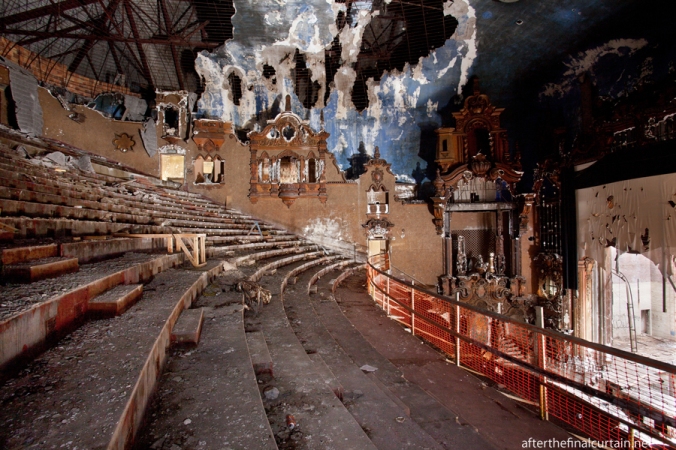 The first movie shown in the theater was “Three Week Ends,” a silent film starring one of the true embodiments of the roaring twenties, Clara Bow. The theater was operated by the Keith-Albee-Orpheum Corporation until 1929 when it was acquired by the Radio Corporation of America to form RKO Pictures. The Keith-Albee was then renamed RKO Keith’s Theatre.

The main level of the auditorium

The Keith’s was designed in the Spanish Baroque Revival style and had 2974 seats. The ceiling was painted a deep blue so that clouds seemed to move across the ceiling, making it look like clouds floating across the night sky. The cloud effect came from projectors on either side of the balcony, which broke in the theater’s later years.  Lamb designed other theaters with the same atmospheric effect, including the Loew’s Pitkin and Proctor’s 58th Street.

In the center of the oval-shaped lobby was a fountain with a centerpiece featuring a statue of Cupid surrounded by several dolphins and stocked live goldfish. It was moved before the theater closed and is rumored to be in either an East Village restaurant or a dentist’s office in New Jersey.

Upper level of the lobby area

The lobby of the Keiths was given landmark status in 1984. The building was sold in 1986 to developer Tommy Huang, who closed the theater a few months later. Shortly after Huang announced the theater would be torn down to make way for a mall. The Flushing community was outraged and people protested in front of the theater. Huang started work on the theater’s lobby disregarding it’s landmark status, and stripped it to prepare for renovations.

The city stopped demolition in February 1987 — since then, the Keith’s has been in a state of disrepair.  A plan was recently approved that proposes to tear down the auditorium and replace it with a 17-story tower that houses 357 apartments, a senior center and retail space.  Of the original architecture, only the lobby and ticket booth will be saved.

One of the remaining murals in the auditorium 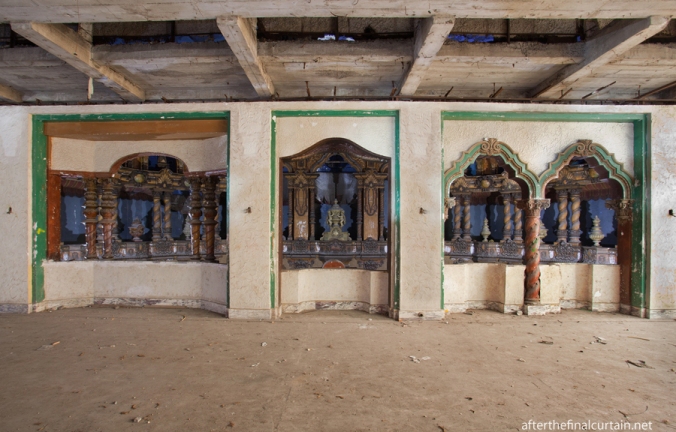 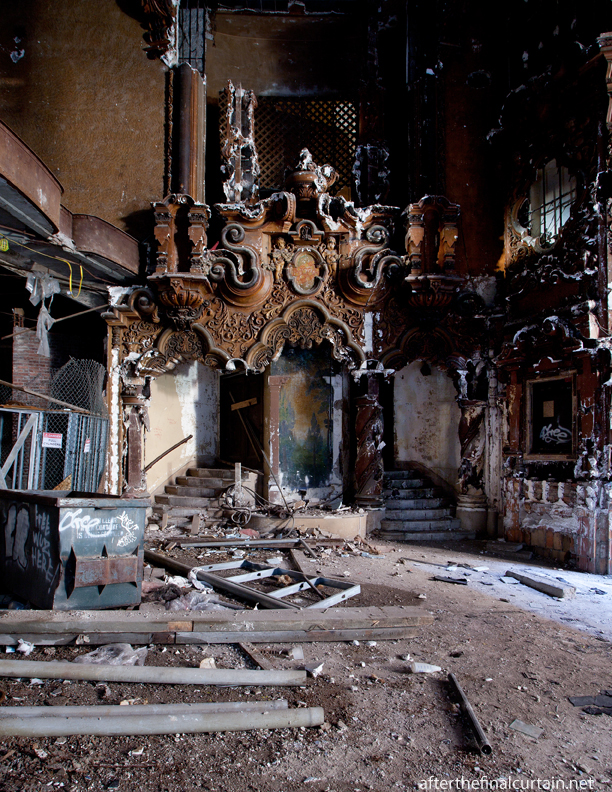 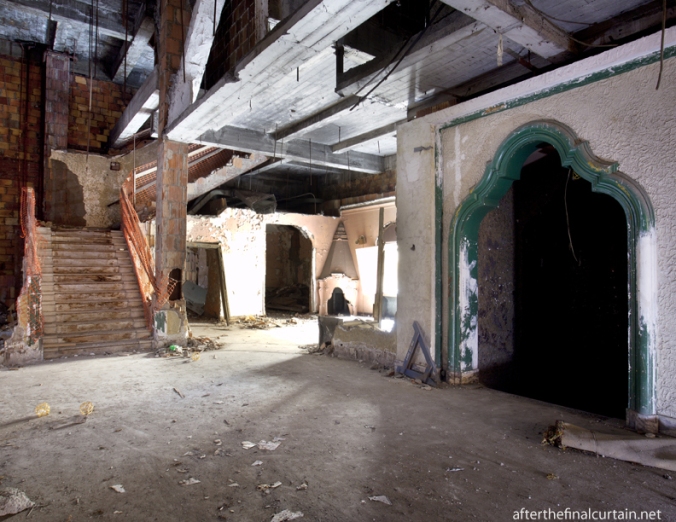