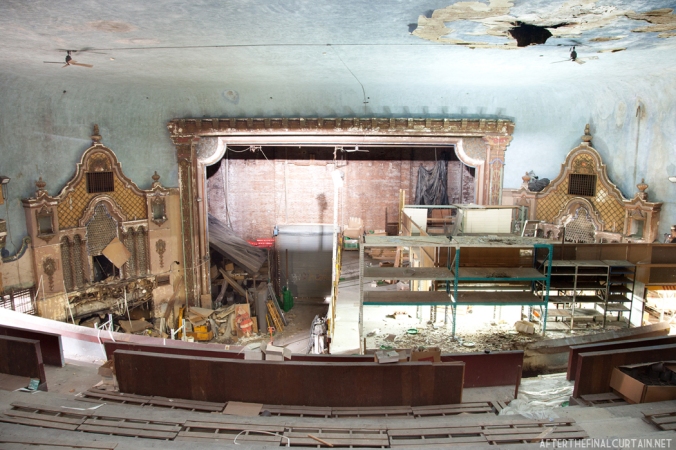 View of the Paramount Theatre from the balcony.

The Paramount Theatre opened as the Broadway Theatre in Long Branch, New Jersey on August 1, 1912. The project was commissioned by theater magnate Walter Reade on the site of an old Episcopal church. The 1,772 seat Broadway began showing plays and vaudeville performances before transitioning over to film.

The mezzanine level of the lobby.

One of the first motion pictures shown at the theater was “Birth of A Nation,” a controversial film credited as one of the inspirational events behind the reformation of the Klu Klux Klan. In 1930, Reade suggested that Paramount-Publix, a large theater chain, reconstruct and begin managing the Broadway. The theater was stripped to the bare walls and remodeled by architect Leon Cubberley into an atmospheric style theater. After the redesign, the theater was renamed the Paramount Theatre. 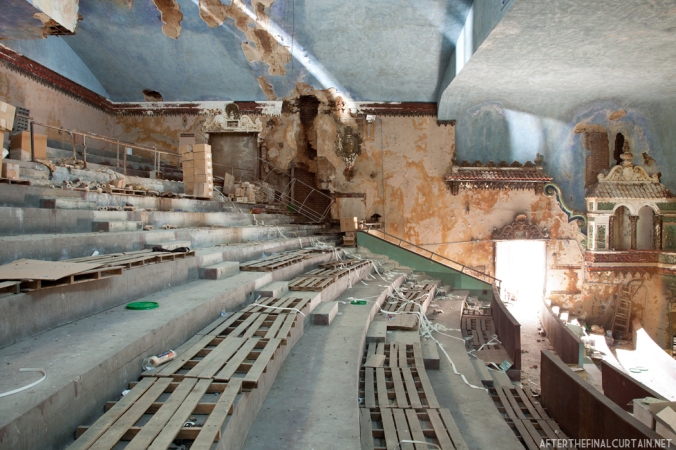 All of the seats have been removed from both the main level and the balcony level of the theater.

The theater closed on September 14, 1959 due to declining ticket sales. When asked why the Paramount closed, owner Walter Reade, Jr. explained that the citizens of Long Branch tend to travel to neighboring towns to see movies. 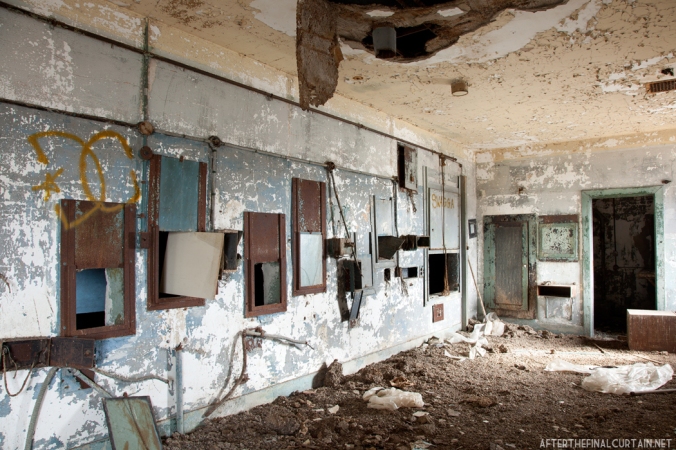 The Paramount was sold and used as a warehouse for Siperstein’s Paint until plans were made to renovate the building in 2005. The plans called for the space to be restored as an 1,800 seat theater, with the buildings surrounding it converted into residential units, art space and retail. As of March 2012, none of the 2005 plans have been realized, and the theater is still abandoned.

When the theater was used as a warehouse, scaffolding was built on the side of the stage to hold various paint and hardware supplies. 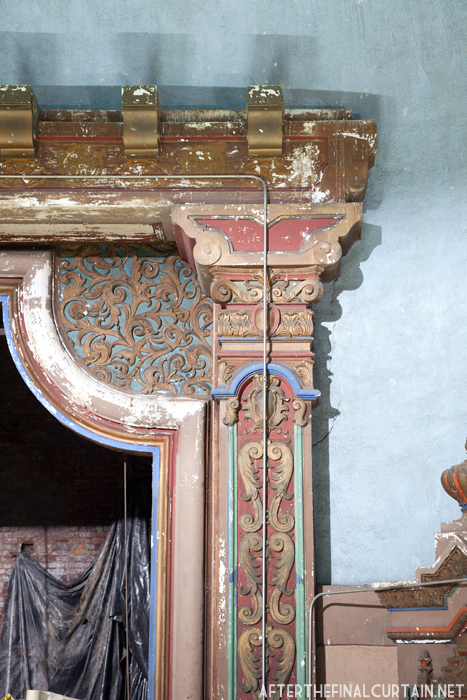 The side of the proscenium arch.

A close up of the plasterwork in the Paramount Theatre lobby.

Another view from the balcony level of the theater.