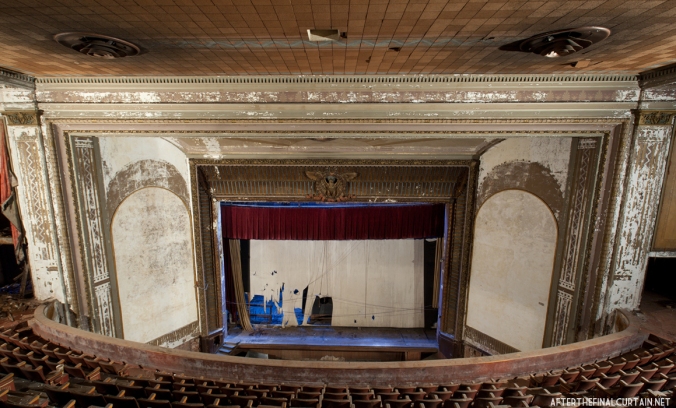 The two Vincent Maragliotti murals on either side of the stage have been removed for restoration.

The Victory Theatre opened on December 31, 1920 in Holyoke, Massachusetts. The 1,680 seat theater was built by Mowll & Rand, an architecture firm based out of Boston.  The firm was also known for the design of the Calvin Theatre in Northampton, Massachusetts. The Victory was commissioned by the brothers Samuel and Nathan Goldstein of Western Massachusetts Theatres Incorporated.

The grand staircase of the Victory Theatre.

The Goldsteins were considered pioneers in the motion picture industry. They spent the early 1900s operating nickelodeons — small storefront movie houses. The brothers, recognizing the increasing popularity of motion pictures, opened several larger theaters after World War I. The Victory’s name is itself a reference to the Allies’ victory during the war. 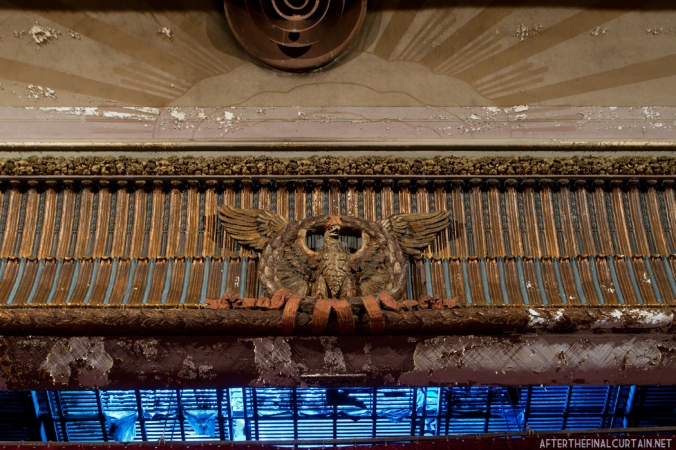 The Eagle on the proscenium arch symbolizes the Allies victory in World War I.

View from the stage of the Victory Theatre.

The Victory was damaged by a fire in 1942, and reopened after the damage was repaired. The theater closed permanently on December 15, 1978 due to declining ticket sales. The city took ownership of the theater soon after due to non-payment of taxes. In September 2008, the city of Holyoke transferred ownership of the theater to the Massachusetts International Festival of the Arts, who plan to renovate the theater and reopen it as a performing arts center. 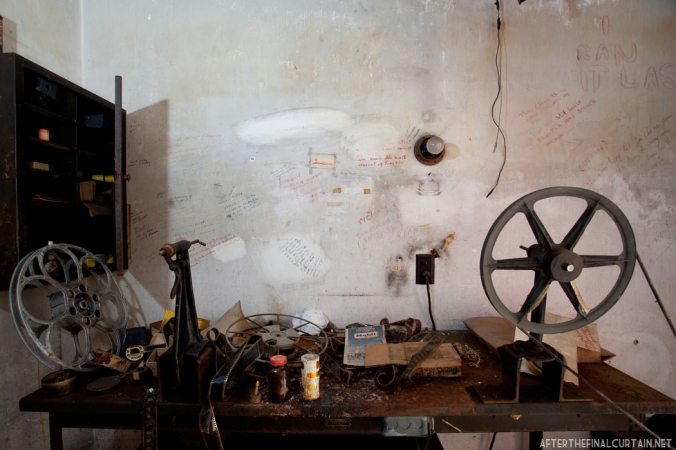 This projection room wall is covered in notes and signatures from past projectionists.

The restoration of the Victory is being handled by DBVW Architects, a firm based in Providence, Rhode Island. 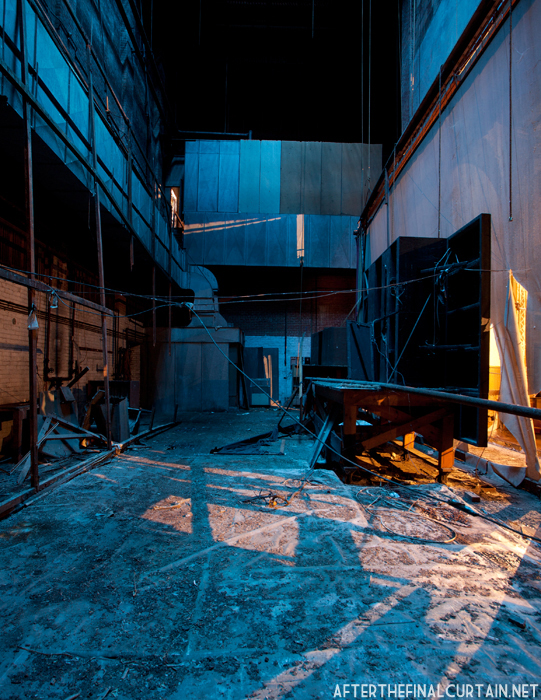 The owners placed a tarp over a hole in the ceiling, casting a blue light over the backstage area.

The main level of the auditorium.

Over the years the movie screen has fallen into disrepair.