One of the questions I’m asked pretty often is “How do you light these theaters?” When I first started photographing theaters the answer was pretty simple. I didn’t. I relied on whatever was already in the building. I’d use construction lights, open fire escape doors, or in some rare cases use the original theater lights.

A few years ago I picked up some small LED lights from Amazon. They worked pretty well, but had a battery life of around 45 minutes, which wasn’t ideal. Earlier this year I noticed that they were taking longer to charge and not lasting as long. I began to search for replacements. If you’ve ever looked at how many LED lights there are on Amazon and B&H you’d know that finding a good one is a pretty daunting task. After weeding through the duds I bought two Yongnuo YN300 III LED lights, and they’re pretty fantastic. I’m able to light an entire auditorium with the two lights running at 50%, and the batteries last for around two hours. I’ve only tested them at the Everett Square Theatre and the Victory Theatre, but I think they’re a welcome addition to my camera bag. 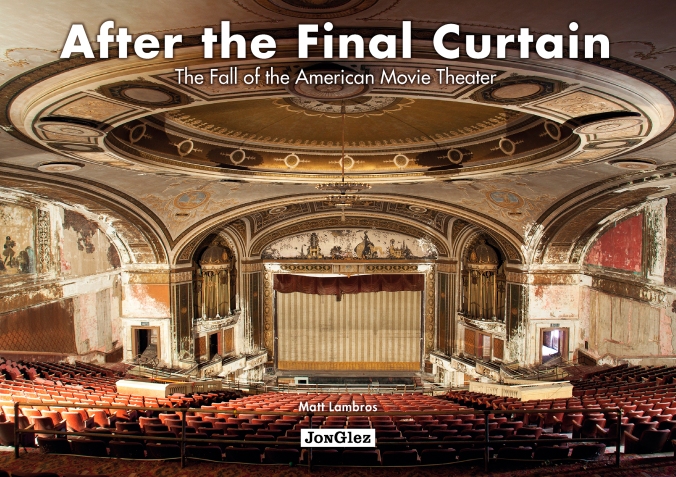 After the Final Curtain: The Fall of the American Movie Theater.

Congratulations to Monika Seitz Vega and @NKenny ! You both won a copy of my first book, After the Final Curtain: The Fall of the American Movie Theater . Thank you to everyone who entered the contest. I’ll be doing another giveaway soon.