The Poli is one of the 22 theaters in my new book “After the Final Curtain: The Fall of the American Movie Theater.” Find out more here. 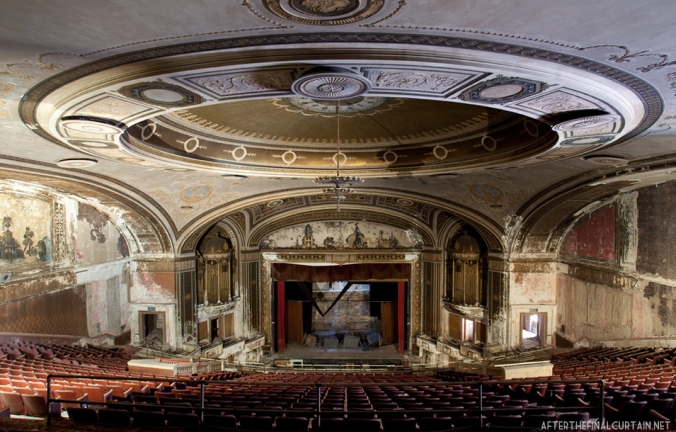 View of the Loew’s Palace Theatre from the balcony.

The Loew’s Poli Theatre opened as Poli’s Palace Theatre on September 4, 1922 in Bridgeport, Connecticut. It was designed by architect Thomas W. Lamb (whose work can be seen in my posts on the Newark Paramount Theatre and the RKO Keith’s Theatre) for theater mogul Sylvester Z. Poli, who also owned the nearby Palace Theatre in Waterbury, Connecticut. The 3,642 seat Loew’s Poli Theatre was the biggest movie theater in Connecticut, and remains the largest of Bridgeport’s theaters. Its sister theater which is located next to the Palace in the same building, the Majestic, opened two months later. The walls of the Palace are covered with frescoes of formal Italian gardens painted by Hans Lehman. 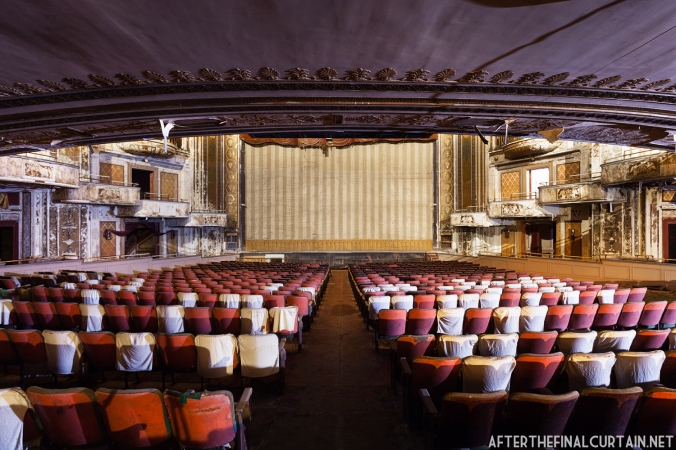 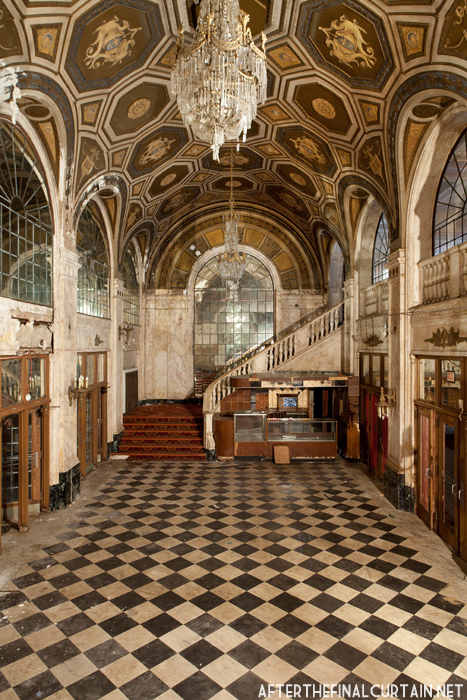 The lobby of the Loew’s Palace Theatre.

After years as a predominantly vaudeville and silent film theater, the Palace began showing major motion pictures after it was sold to the Loew’s theater chain in 1934. The sale brought the theater’s first name change, from Poli’s Palace to Loew’s Poli. The name change didn’t affect the theater’s popularity — in August of 1939 the Loew’s Poli and Majestic Theatres celebrated their combined ten millionth patron. 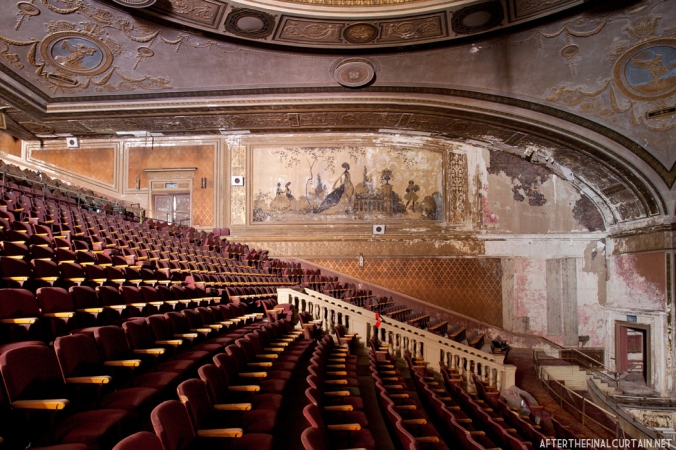 One of the frescos that was painted on the wall of the auditorium.

Almost thirty years later the theater was renamed again as the Loew’s Palace Theatre. Due to a decline in ticket sales the Loew’s Corporation sold the building to David Zimmer, a lawyer from Bridgeport, in 1964. After showing adult films for a few years, the Palace closed permanently in 1975. Joy Center Ministries, Inc., who had the rights to sell or lease portions of the building at the time, intended to rent out the store fronts and turn the theater into a Christian revival center, but the project was put on hold when it was discovered that the city of Bridgeport had a $1.2 million lien on the property due to unpaid taxes.  The city took possession of the building in lieu of payment. 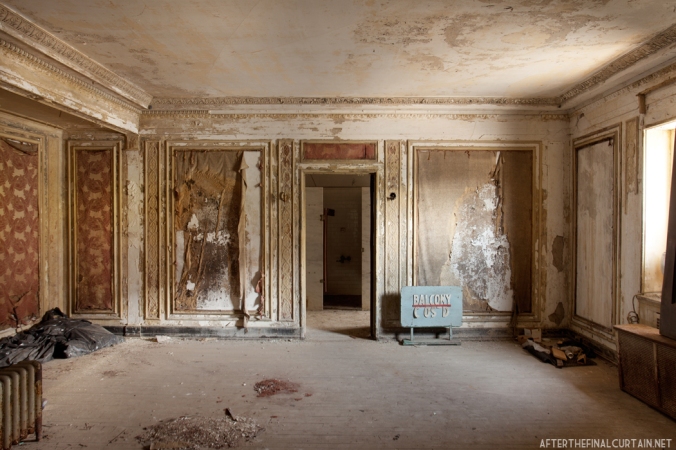 Since its closing, the interior of the Palace has been used as a set in movies, including the recent “All Good Things,” a 2010 film starring Ryan Gosling and Kirsten Dunst.  The Palace Theatre is now listed on the National Register of Historic Places; the city of Bridgeport hopes to one day restore the theater to its former glory. 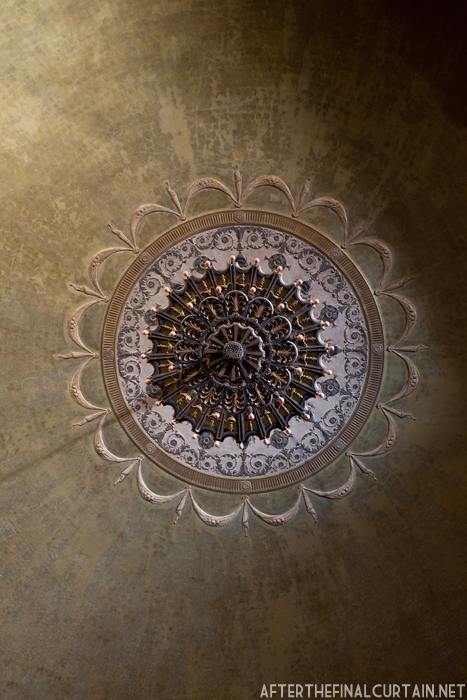 The chandelier still hangs in the Palace Theatre. 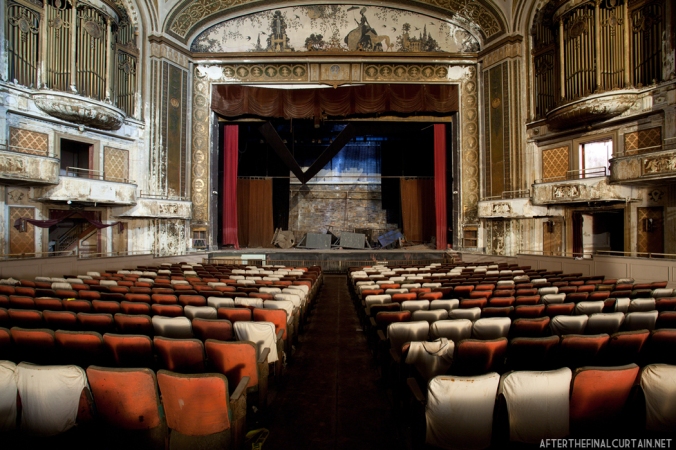 A view of the stage from the main level of the auditorium. 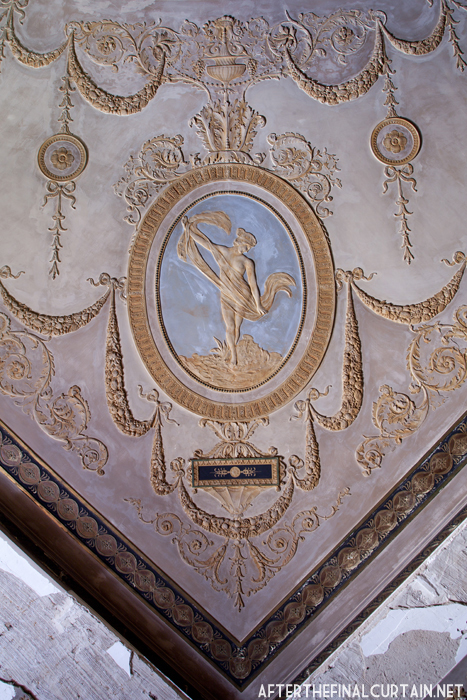 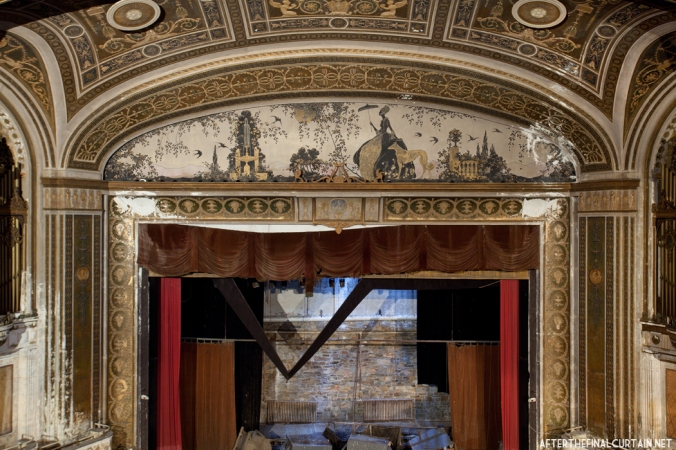 Another fresco is painted on the proscenium arch. 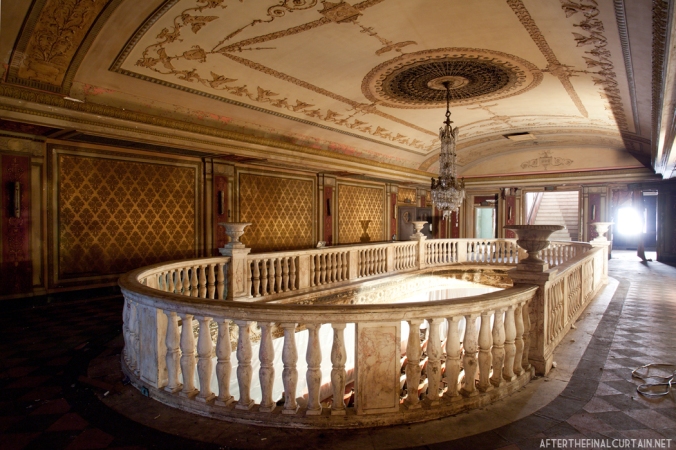 The upper level of the lobby area that leads to the balcony. 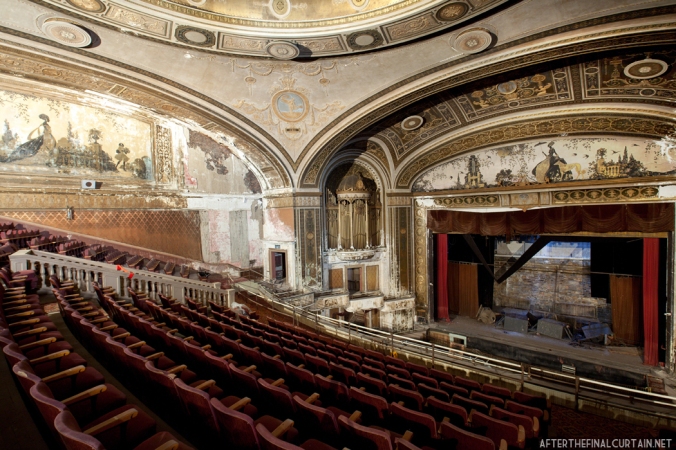 Another view from the balcony level of the theater.