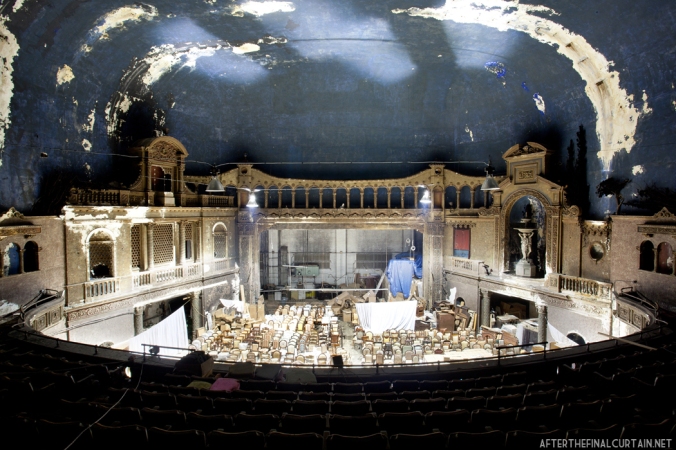 The main floor of the auditorium is now used as storage for a furniture store.

The Loew’s 46th Street Theatre opened on October 9, 1927 as the Universal Theatre. It was designed by John Eberson, a famous theater architect known for his atmospheric style auditoriums. According to an account in the Brooklyn Eagle, 25,000 people were present for the opening of the theater. The 2,675 seat theater was acquired by the Loew’s Corporation in August 1928, and closed so renovations could be made to the sound equipment. It reopened on September 10, 1928 as the Loew’s 46th Street Theatre. 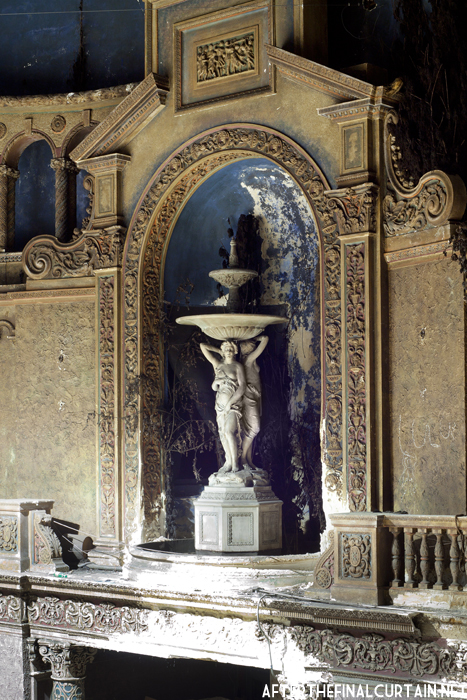 This fountain actually worked. It helped to add to the illusion that patrons were sitting in a garden at night.

The 46th Street Theatre was the first atmospheric theater in New York City. It was designed to look like a night sky in an Italian garden. The illusion was completed with a projection of clouds across the ceiling. However, by the 1940’s the atmospheric effects had fallen into disrepair and were no longer used.

View of the balcony level.

The Loew’s Corporation transferred ownership to the 46th Theatre Company on September 14, 1966, and the theater was run as an independent movie theater until it closed in 1970. It was reopened later that year as the 46th Street Rock Palace, and was later renamed Bananafish Garden. The name was taken from J.D. Salinger’s short story “A Perfect Day for Banana Fish”. Many famous bands played shows at the theater during the years it was a concert venue including; The Byrds, The Grateful Dead, Jerry Lee Louis, The Bee Gees, Steely Dan, Gladys Knight and the Pips and Randy Newman.

A close up of some of the plaster work that adorns the walls of the auditorium.

In 1973, the theater was closed due to pressure from the local community, who felt that the concerts were causing too much noise. The building was then sold in 1974 to a furniture company. The stage was removed from the auditorium and it was converted into a storeroom for surplus furniture. The lobby was converted into a show room. Unfortunately, the theater was demolished in late 2015/early 2016, and the site is slated to become condominiums. 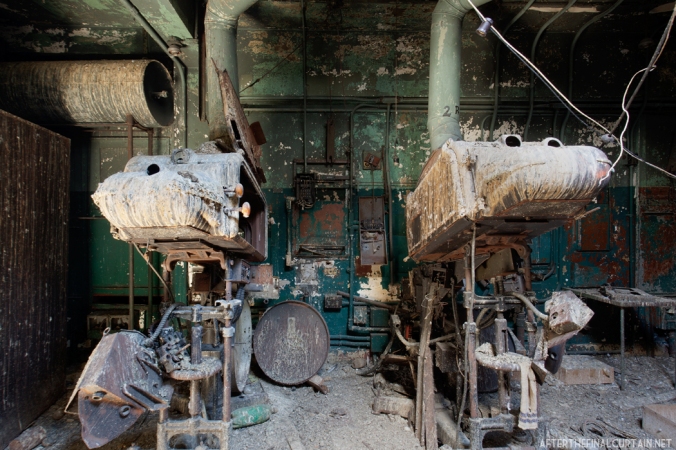 Birds have gotten trapped in the projector room over the years, leaving the floor covered in bird droppings.

The sides of the seats were also ornately decorated.

A close up of plaster work on the wall of the auditorium.

Another view of the fountain.

One of the projectors was leaking oil, and a coke can was used as a makeshift oil pan.

View of the stage from the balcony.

A close up of the plaster work around the fire escape doors. 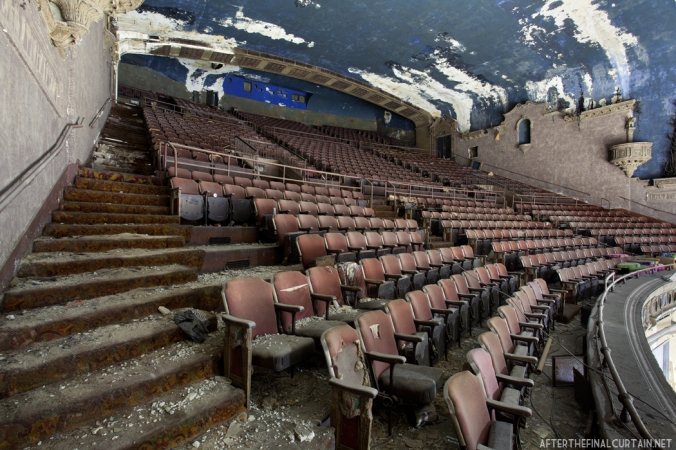 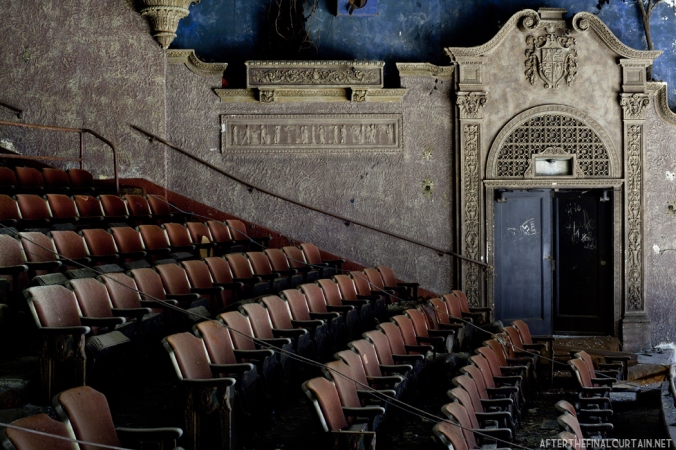