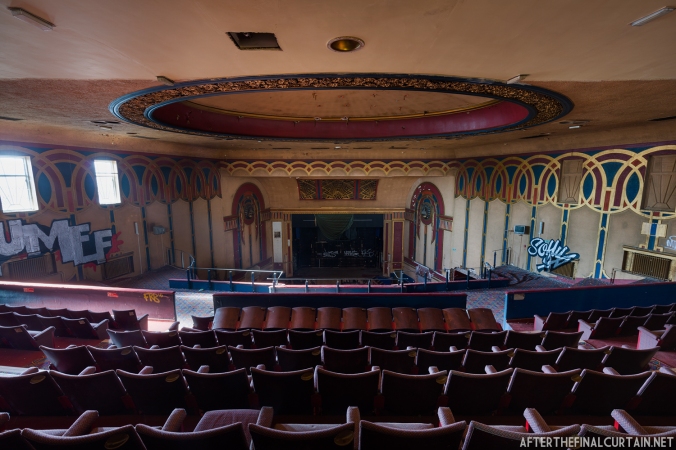 I had a fantastic time in England with the Cinema Theatre Association and wanted to share a few of the theaters I visited while I was over there. First, the Royalty Cinema in Birmingham. It opened on October 20, 1930 and closed in 1963. The cinema was then converted into a bingo hall, which closed in 2012.

The Granada originally opened on September 7, 1931. It was converted into a bingo hall in 1967, and remains one today. This is one of the more impressive theaters I’ve ever visited.

Finally, we have the ABC Stoke Newington. It opened as the Savoy Cinema on October 26, 1936. It closed in 1984, and the orchestra level was converted into a snooker hall. The snooker hall closed in 2014. Current plans call for the theater to undergo an estimated  £3 million restoration and reopen as the Hackney Arts Centre in 2018.

I’ll be posting in-depth write ups of these cinemas (and more) very soon.

9 thoughts on “Back in the States”