The State is one of the 22 theaters in my new book “After the Final Curtain: The Fall of the American Movie Theater.” Find out more here. 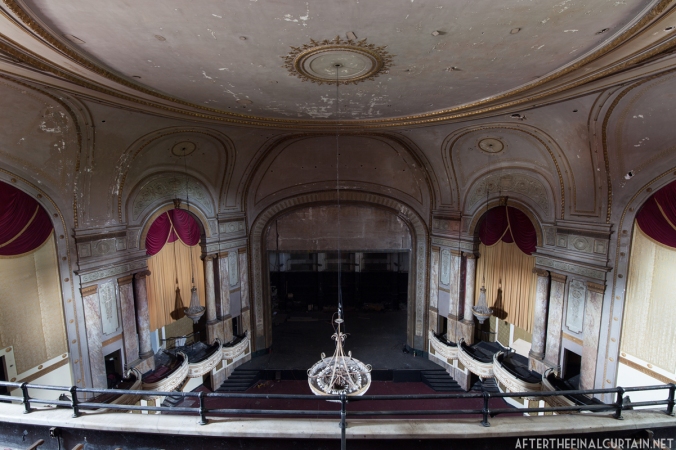 View of the auditorium from the top balcony.

The Loew’s State Theatre opened on April 3, 1926 in New Orleans, Louisiana. It was built by renowned theater architect Thomas W. Lamb for the Loew’s Theatre Corporation. The 3,335 seat theater cost $1.5 million ($20 million adjusted to current value) to build. At the time of the opening, the “New Orleans Item” proclaimed the State, “the greatest playhouse south of Philadelphia and west of Chicago.” 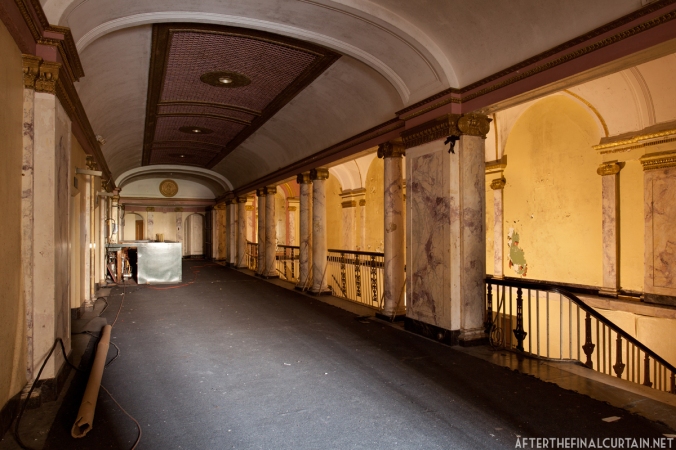 Like many theaters of its day, the State originally showed vaudeville and silent films before switching over to talking pictures, or “talkies.” The theater had a large stage, orchestra pit, organ, a number of dressing rooms, and even a kennel in the basement for animal acts. The opening movie was “The Devil’s Circus,” starring Norma Shearer. Like many theaters at the time, the State was built with segregated sections, so it had a separate entrance, ticket booth and 600 seat balcony for its non-white patrons. The balcony was closed in 1950, and the State became an white-only theater until 1964, when the Civil Rights Act was instituted. 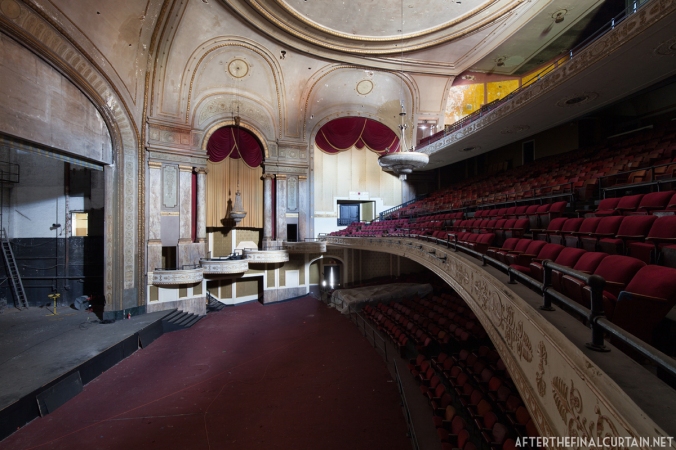 In 1976, the theater was multiplexed, with two screens on the main level of the auditorium and one large one in the balcony. During the conversion much of the marble in the lobby was covered with plastic panels, and the chandeliers were sold to a local antique store. Loew’s sold the theater in 1984 to Wilson P. Abraham, who planned to demolish the theater and build condos. The city denied Abraham’s plan and he eventually leased the theater to Rene Brunet, Jr. Brunet, a professional theater operator, had the multiplexing removed and restored the theater to a single screen. It was renamed the State Palace Theatre and began to screen classic movies, live theater and concerts. The first live show was a revival of the tv show “The Jeffersons”, featuring the original cast. 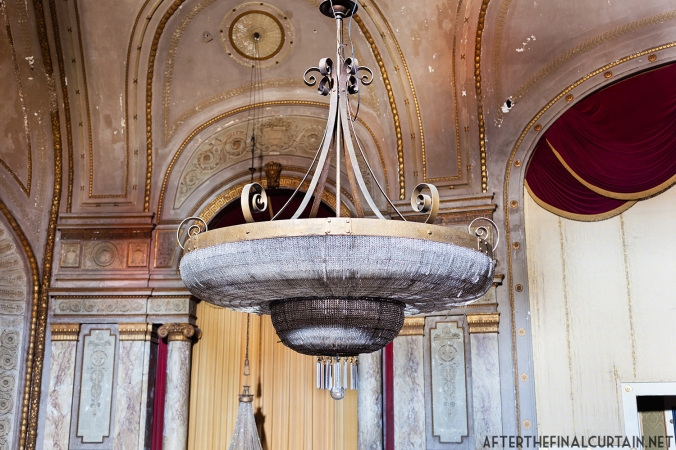 A close up of the main auditorium chandelier.

During this time many famous bands played the State including: Incubus, Marilyn Manson, 311, Duran Duran, Smashing Pumpkins, Korn, Tool, New Found Glory, Goo Goo Dolls, Morrissey, Dave Matthews Band, Nine Inch Nails, Pearl Jam and Sheryl Crow. After closing due to the damages caused by hurricane Katrina, the theater reopened sporadically as a rave venue. It was shut down on February 15, 2007 due to fire code violations. 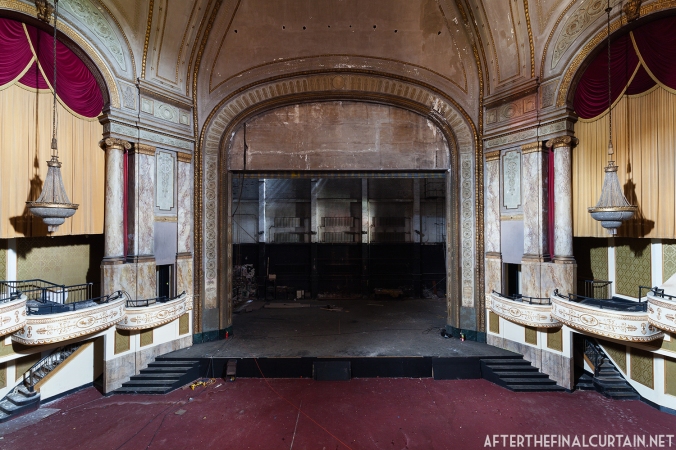 Not every act enjoyed performing at the theater. While on stage, Morrissey told the crowd that the visibly deteriorating theater was a “miserable venue.”

Over the years since it closed, the theater has seen a number of different plans for it’s revival, including an interactive museum dedicated to the music of Louisiana and a plan to reopen the theater as a performing arts venue, but neither one came to pass. Movies filming in New Orleans have also taken advantage of the space. In 2012, while filming the movie “Now You See Me” at the theater, actor Michael Caine fell asleep in one of the former dressing rooms and was locked in overnight. The State Palace remains closed, with no current plans for restoration. 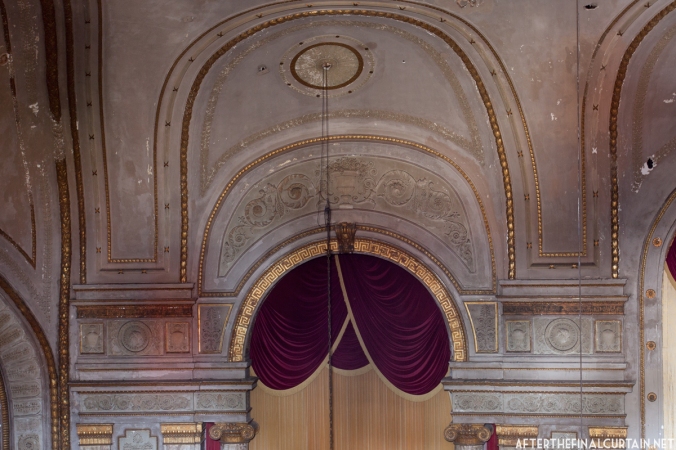 A close up of some plaster-work on the wall of the auditorium. 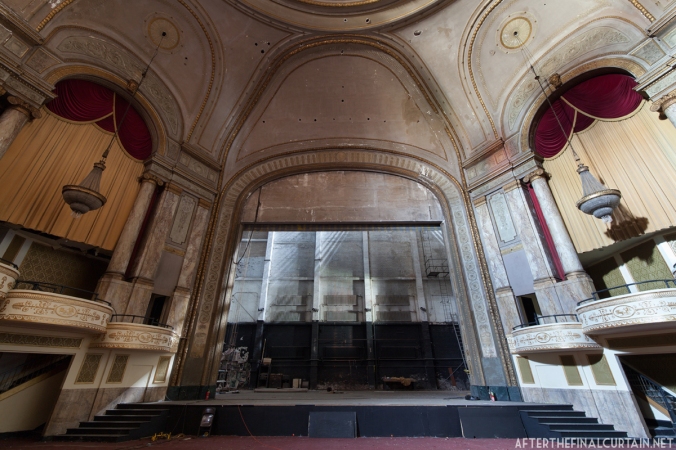 The kennel in the basement was once used to house lions and tigers for a circus that was performing at the theater. 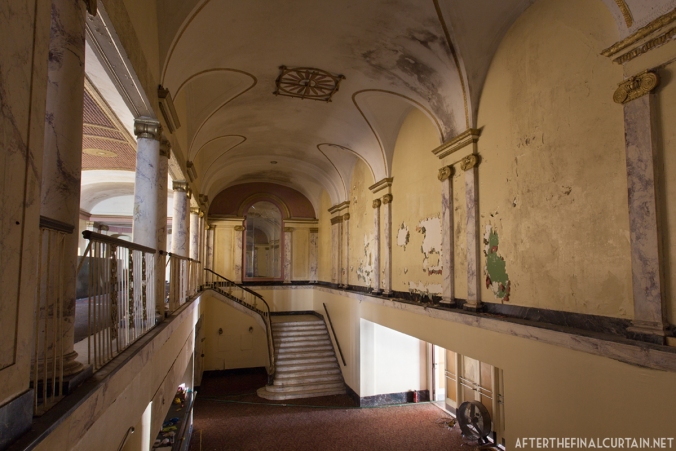 The lobby was restored in the early 90’s, but has already begun to visibly deteriorate. 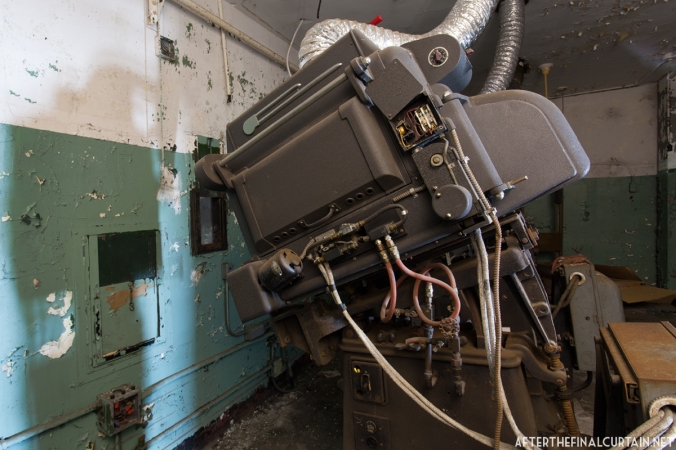 Some of the projection equipment remains after the theater closed. 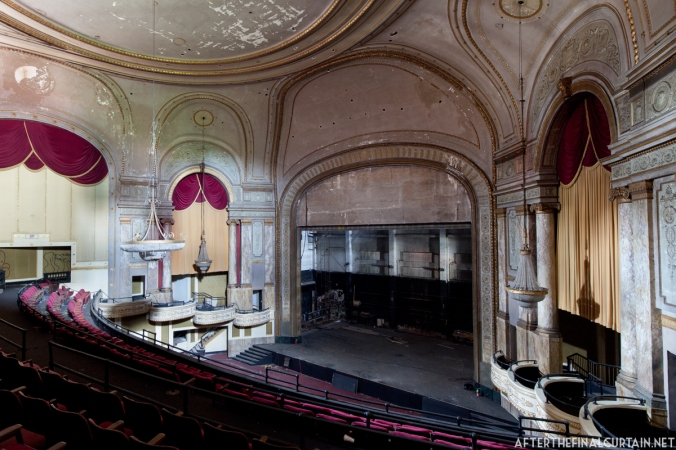 The Robert Morton organ was only used until around 1932, and the console was later damaged in a flood. The organ pipes were sold for parts. 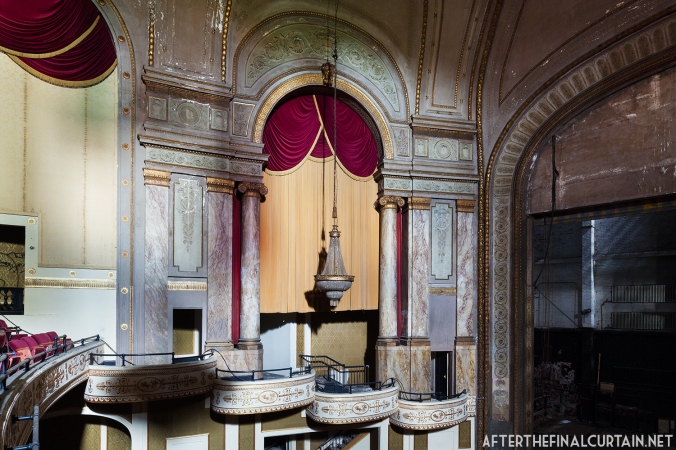 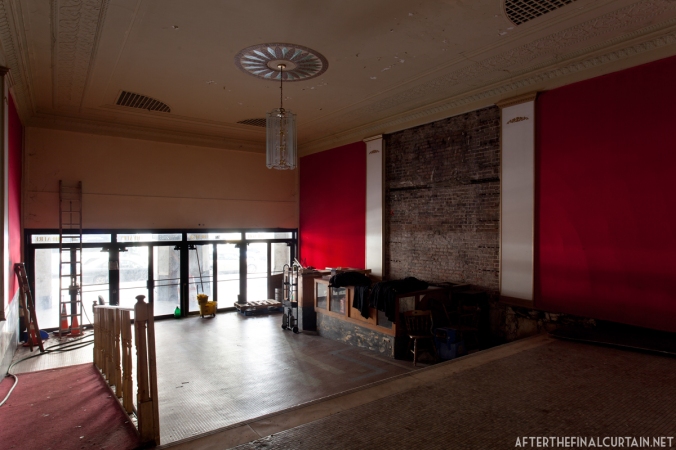 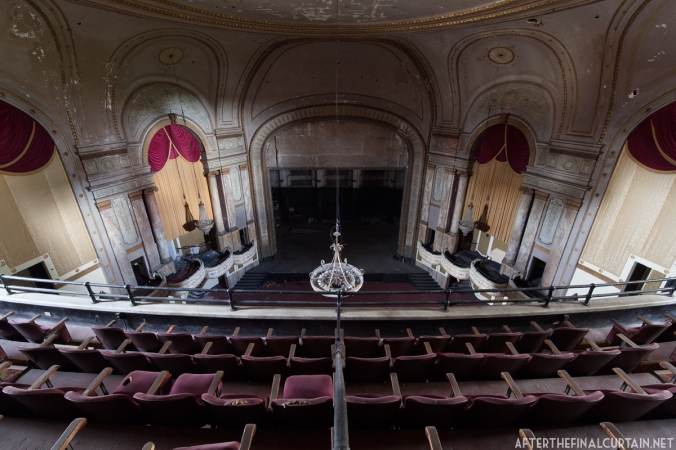 In the 60’s and 70’s the upper balcony was only used during popular films, such as the James Bond series. 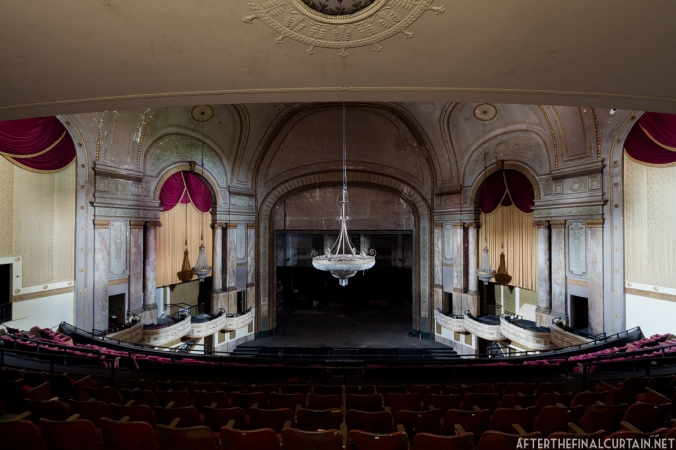 View of the auditorium from the mezzanine.