The Variety is one of the 22 theaters in my new book “After the Final Curtain: The Fall of the American Movie Theater.” Find out more here.

The Variety Theatre opened on November 24, 1927 in the Jefferson neighborhood of Cleveland, Ohio. It was built by Sam Stecker, Meyer Fine and Abe Kramer of the Variety Amusement Company. The 1,900 seat theater was designed in the Spanish gothic style by Cleveland-based architect Nicola Petti, who also designed the nearby Cedar Lee Theatre. The Variety building also included retail space and twelve apartments.

One of the walls of the auditorium.

Stecker, Fine and Kramer built the Variety at the same time as the Uptown Theatre for a total cost of $2 million. As the Variety was built for both motion pictures and vaudeville, it included an orchestra pit as well as dressing rooms.

Old theater magazines were used to wallpaper the dressing rooms.

The lobby of the Variety Theatre.

While the Variety was a music venue many now famous bands played there, including Slayer, Metallica, the Dead Kennedys, R.E.M, Stevie Ray Vaughan and Motorhead. During a performance by Motorhead the music was so loud it cracked the ceiling and plaster rained down on the crowd. The power had to be cut to stop the band from playing. A judge ordered the theater closed in 1986 due to complaints from the neighborhood. The Variety was last used as a wrestling gym called the Cleveland Wrestleplex before closing for good in the late 1980s.

The original chandelier still hangs in the entryway to the theater.

In 2002, Dona Brady, a local councilwoman recognized the need to restore the Variety Theatre. Brady worked with Gretchen Moore, a commercial director at Westown Community Development Corporation, to establish the Friends of the Historic Variety Theatre, a nonprofit group dedicated to restoring the theater. The Friends raised funds to have a replica marquee built based on photographs of the original, but it has yet to be installed. The group was able to purchase the building on June 12, 2009, after receiving grants and other funding. The apartments in the theater complex have been restored, and are being rented to supplement the restoration of the building. The Variety Theatre will become a multi-use venue when the restoration is complete. 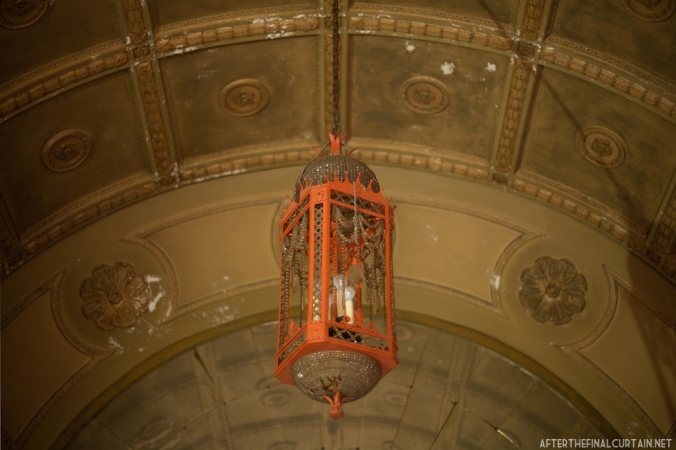 Another one of the original chandeliers is hanging in the foyer.

A close up of some damaged plaster work. 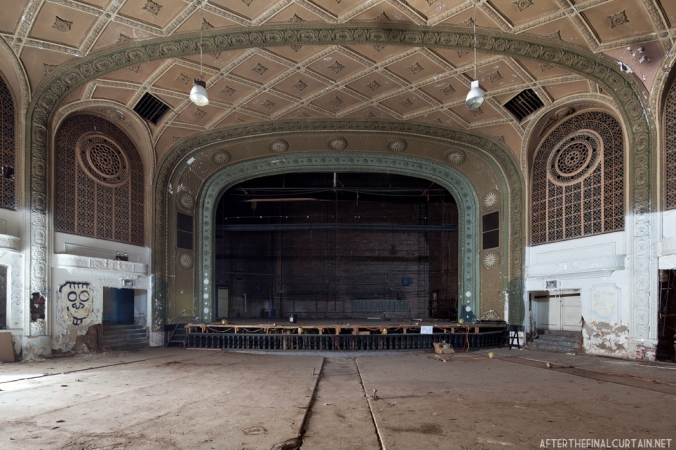 Only two light fixtures remain hanging in the balcony.

A close up of some plaster work on the balcony level of the theater.

16 thoughts on “The Variety Theatre”