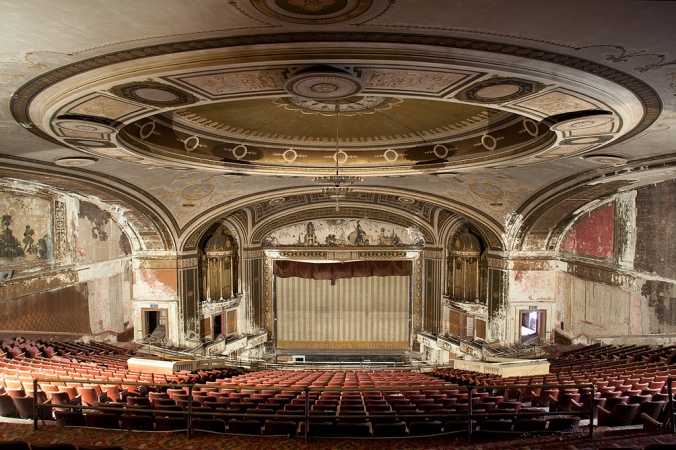 View of the Loew’s Palace Theatre from the balcony.

Hi everyone – I want to let you all know about an upcoming event.

On August 18, I’ll be giving a lecture on “The Fall of the American Movie Palace” as part of the Atlas Obscura Speakers series of talks at the Observatory in Brooklyn.

Here’s some information about it from the Observatory’s website:

There’s nothing remarkable about a movie theater today, but there used to be. When the great American Movie Palaces opened, they were some of the most lavish, stunning buildings anyone had ever seen. With the birth of the multiplex, theater companies found it harder and harder to keep these buildings open. Some were demolished, some were converted, and some remain to this day. “The Fall of the American Movie Palace” will take you through the history of these magnificent buildings, from their opening in the early 1900s to years after the final curtain.

Check out Atlas Obscura for more information, and to purchase tickets. http://atlasobscura.com/blog/Obscura-Society-NYC-Movie-Palace

Tickets can also be purchased at http://obscura-society-nyc-movie-palace-es2.eventbrite.com/?srnk=1

3 thoughts on “The Fall of the American Movie Palace”