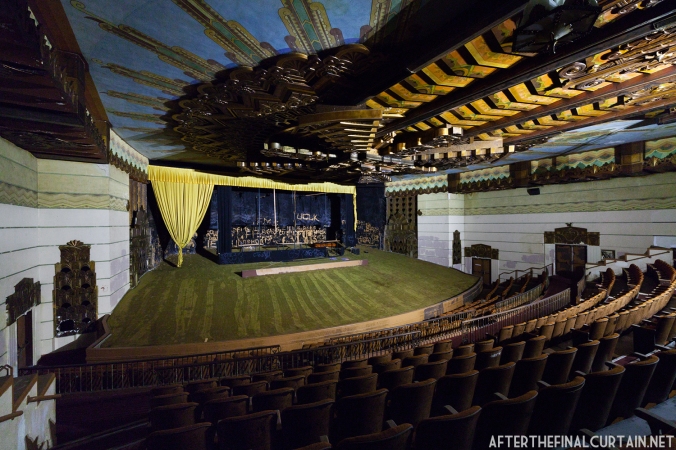 The ceiling of the auditorium.

The 1,468 seat Warner opened with a showing of “The Life of the Party” starring Winnie Lightner and Charles Butterworth. “The Life of the Party” was a musical comedy released on Vitaphone, which was an early form of talking motion pictures, and filmed entirely in Technicolor. Joe E. Brown, an actor and comedian, served as the master of ceremonies for the opening celebration. 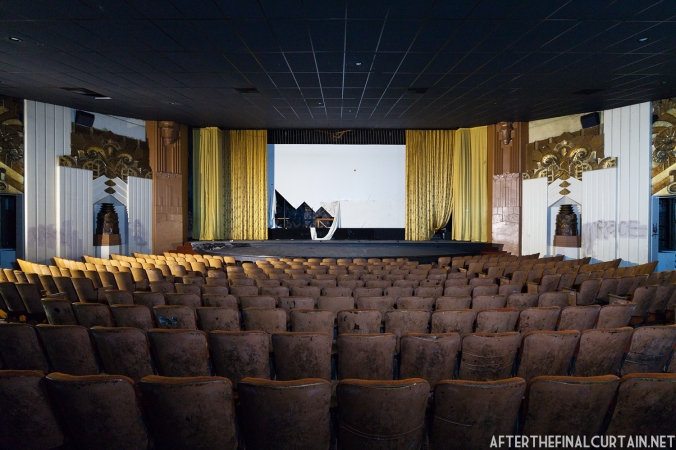 The main level of the auditorium.

In 1948 Warner Bros was forced to split into two separate companies, Warner Bros Studios and the Stanley Warner Corporation, due to the results of the Supreme Court antitrust case, United States v. Paramount Pictures, Inc. Stanley Warner Corp (SWC) was created to operate all of Warner Bros theaters as the case ruled that movie studios could not own the theaters where their movies were shown. The Warner Huntington was renamed the Stanley Warner Huntington Park, but the signage on the building’s exterior never changed. SWC operated the theater until 1968, when it was sold to Pacific Theatres. Pacific twinned the Warner in the 1980s, separating the balcony and orchestra levels, and renamed it to Pacific’s Warner 2. The Warner closed in the early 1990’s after a stint as a spanish language theater. 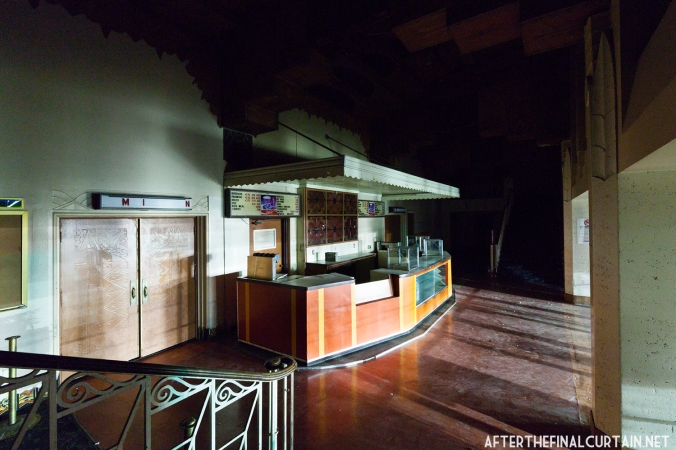 The snack bar was not original to the theater.

Huntington Park declared the Warner a historic landmark in 2007. However, that status only protects the building’s facade from alteration. The theater sat dormant until Pacific sold it in June 2013 for $1,600,000 to Pacific Blvd. Pacific Blvd applied for a special re-use permit, which would allow them to convert the interior into retail space. Despite opposition from preservationists and residents, Huntington Park’s historic preservation commission unanimously approved the permit. The alteration work began soon after with the removal of the seats, stage, snack bar, and the wall separating the lobby from the auditorium. Blink Fitness, a primarily East Coast based Gym, opened one of their first West Coast locations in the Warner in early 2018. 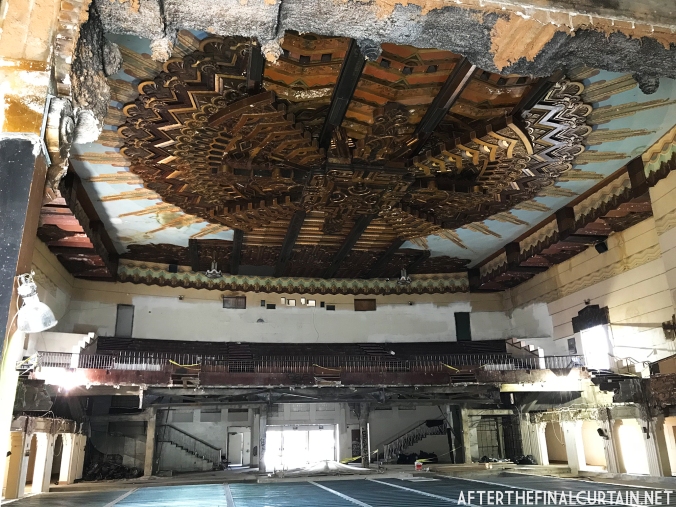 View from the balcony before the division was removed.