The Majestic Theatre opened on February 26, 1928 in East St. Louis, Illinois. It was designed by the Boller Brothers for Harry Redmon and Fred Leber. The Boller Brothers were known for the Missouri Theatre in St Joseph, Missouri. The Majestic was nicknamed “The Million Dollar Theatre” due to the high costs of building the theater. 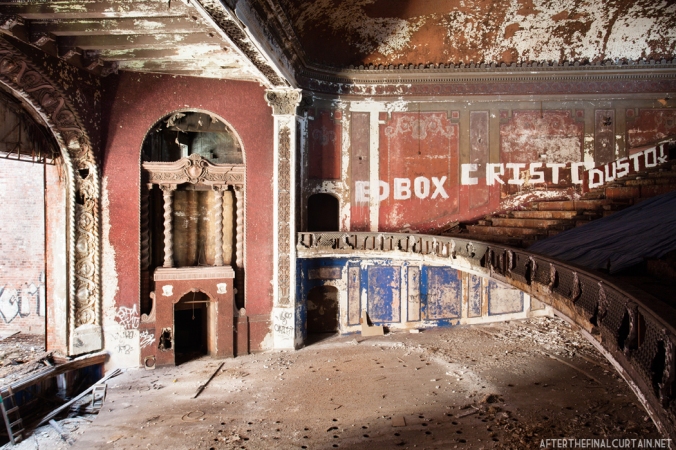 View of the main level from the side of the balcony.

The 1,743 seat theater opened with a performance from Al Jolson and George Jessel, two famous vaudeville performers. Redmon ran the Majestic for a year before leasing it to Great States Theatres which was part of the Paramount Theatre empire. A vitaphone system was installed in September of 1928, making the Majestic one of the first in the area to have talking motion pictures. It was also one of the first theaters in the area to have an air conditioning system. In 1954, a curved Cinemascope screen was installed in the Majestic. The new screen was double the size of the original, and a new projector had to be installed to compensate for the increase. 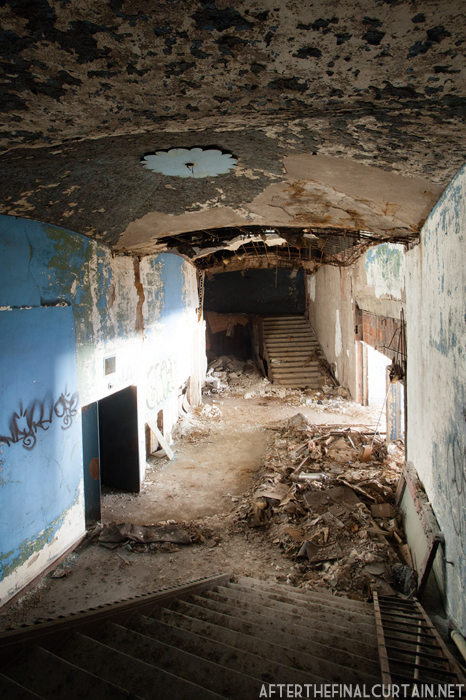 The lobby of the Majestic Theatre.

The Majestic closed in 1960 due to declining ticket sales and high operating costs. Numerous proposals were made over the years to restore the theater and some renovations were made — a new roof, new windows, and new doors were added to the theater in the 1970s, but the rest of the theater remained untouched. It was added to the National Register of Historic Places in 1985, and in 1998 a bill was proposed to fund the restoration of the theater, but the bill did not pass. 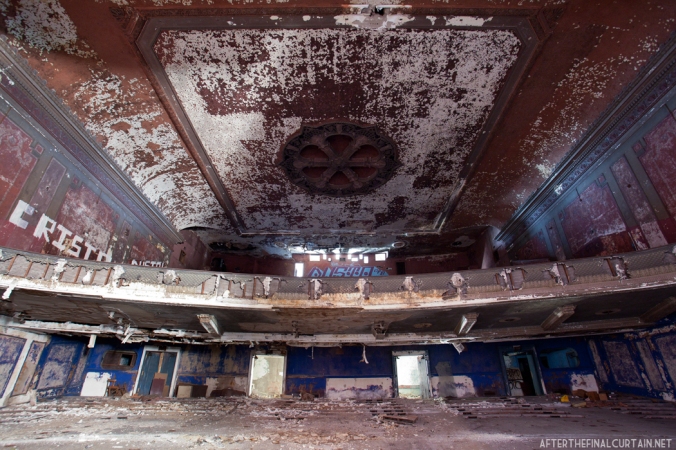 The seats and ornamental fixtures were removed after the theater closed.

The balcony level hallway of the Majestic Theatre.

A close up of some of the plaster work to the right of the stage.

Trees are growing out of the theater’s facade.

The blue tarp was placed on the balcony to help divert the flow of water from a hole in the ceiling. 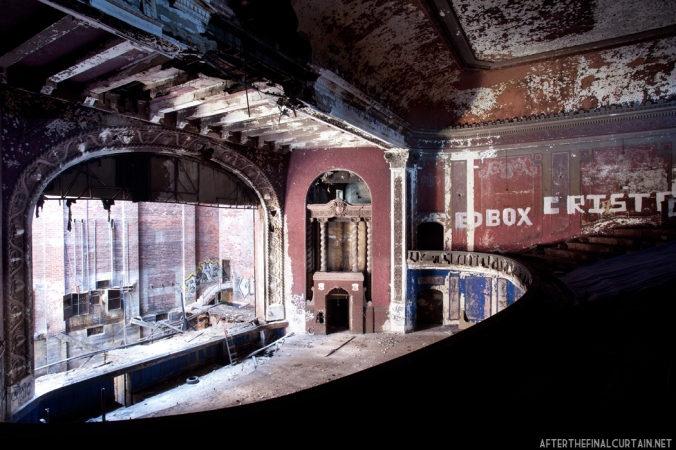 The roof above the stage collapsed in the years after the theater closed.