The Montauk Theatre during demolition

The Montauk Theatre opened on January 30, 1924 in Passaic, NJ on the site of a former vaudeville theater — also called the Montauk Theatre — that was popular in the early 1900’s. Designed by local architect Abram Presikel in the Adamesque style, the theater sat 2,638 people and was operated by the Fabian Enterprises theater chain (which was known for showing both First National Pictures and Warner Bros. films).

View from the stage of the Montauk

After closing briefly in 1974, the Montauk was reopened as an independent adult movie theater. It closed on and off in the late 90’s due to police raids on men engaging in sexual activities during the movies. During one raid in 1999 more than 30 patrons were arrested. 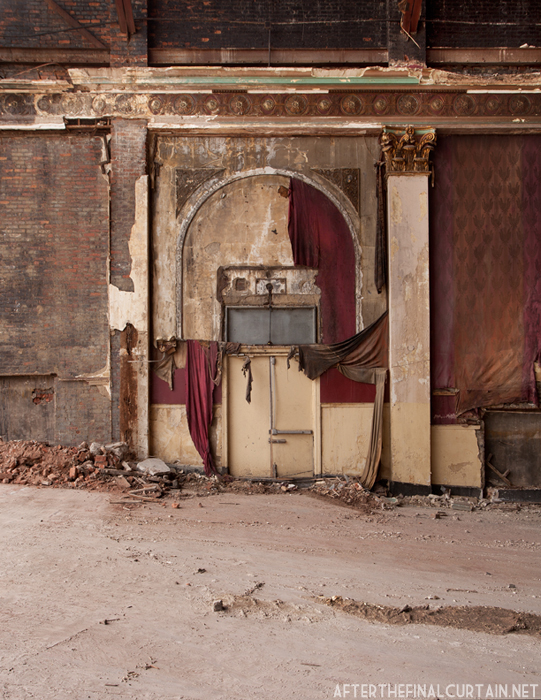 Adamesque designs above one of the exit doors

The Montauk closed permanently in May of 2005. The city of Passaic took ownership and demolished the building in May 2011 to make way for a public school complex.

The remains of the lobby area

View of the audience area from stage right

The remains of the stage area