This post was originally posted on After the Final Curtain’s Patreon in June 2021.  For expanded early posts, as well as video walkthroughs and other exclusive content you can become a patron at: https://www.patreon.com/afterthefinalcurtain 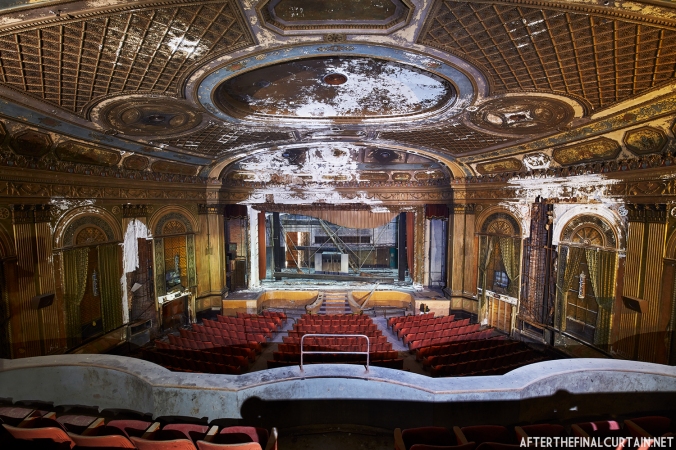 View of the auditorium from the balcony before restoration. 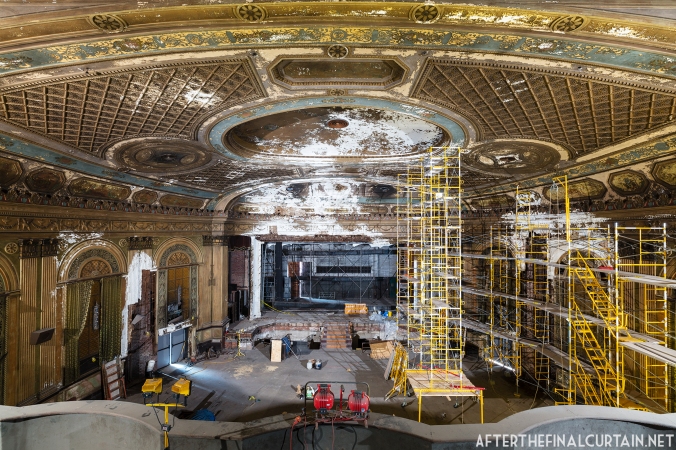 A similar view of the auditorium during the renovation.

The Robins Theatre opened on January 9, 1923, in Warren, Ohio. It was the crown jewel of the Robins Amusement Company (RAC). Architect C. Howard Crane designed the theater in the Adamesque style with an Italian Renaissance exterior. Construction of the 1,500-seat theater was handled by the Charles Shutrump and Sons Company of nearby Youngstown, Ohio; it cost $300,000, equating to $4.5 million when adjusted for inflation. 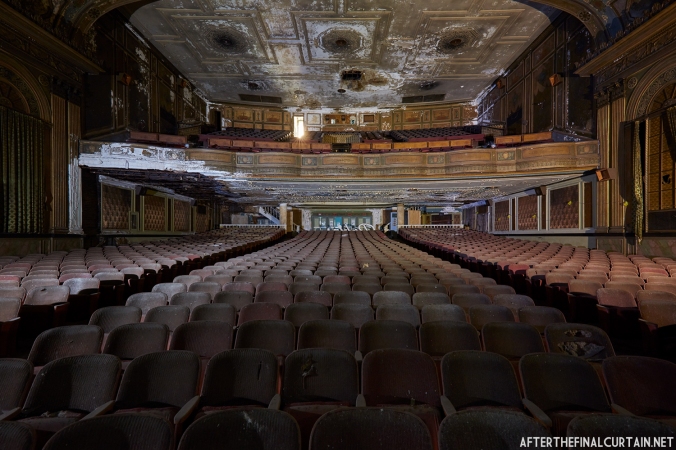 Looking back from the stage pre renovation.

The Robins was designed so that the theater could be converted from a movie theater to a live performance theater in only 24 hours. According to an account in the Warren Tribune, “Workmen could begin building a stage while motion picture performances continued in the theater proper.” Then when the theater closed at 11pm, a temporary intervening wall of lumber could be torn down, the connections to the front of the stage constructed and the stage playhouse ready for opening the following night.” The Robins opened with a silent film double feature — “The Speeder” starring Lloyd Hamilton, and “Quincy Adams Sawyer” starring Jon Bowers — and the Robins Orchestra performed the overture of Oberon by Carl Maria von Weber. 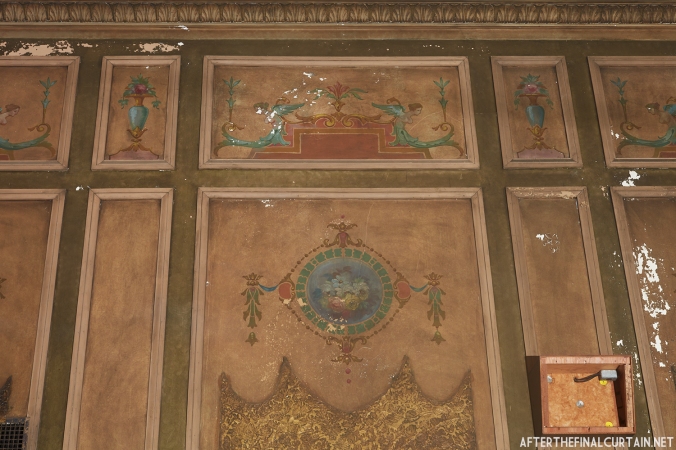 Some of the painted details on the wall in the balcony.

Vitaphone, an early form of talking motion pictures, was installed at the Robins in 1927. The first film shown with Vitaphone was “Don Juan” starring John Barrymore. RAC sold the Robins and the Daniel Theaters to R.M.P Realty Co. in August 1966 for around $500,000 ($3.9 million with inflation). The theater closed in 1974, and various plans were put together over the years to restore and reopen it. A feasibility study was done in 2005 that estimated it would cost $12 million to restore and reopen the theater. However, it wasn’t until it was sold to Downtown Development Group LLC in December 2017 that work would begin. The seats were removed in early March 2018, and the plaster repair began soon after. It reopened as a performing arts center on January 20, 2020. 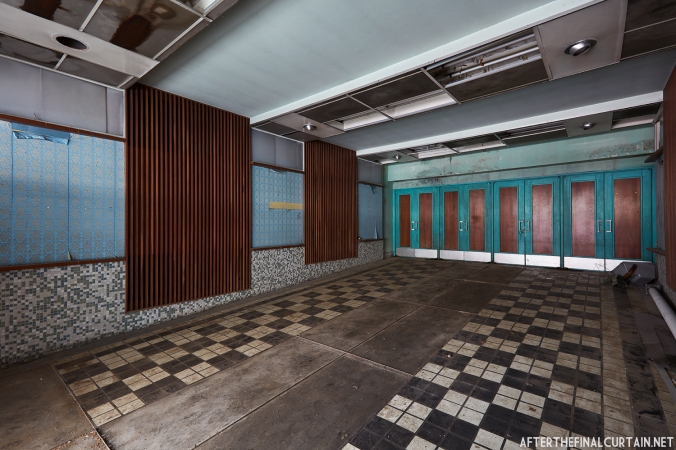 The entryway to the theater was redesigned in the 1960s. 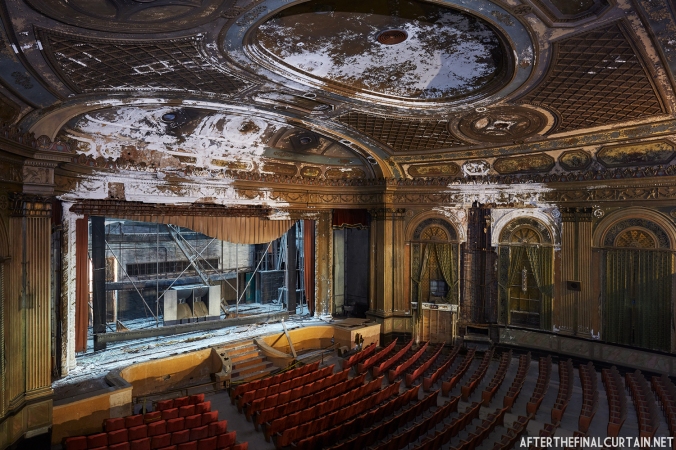 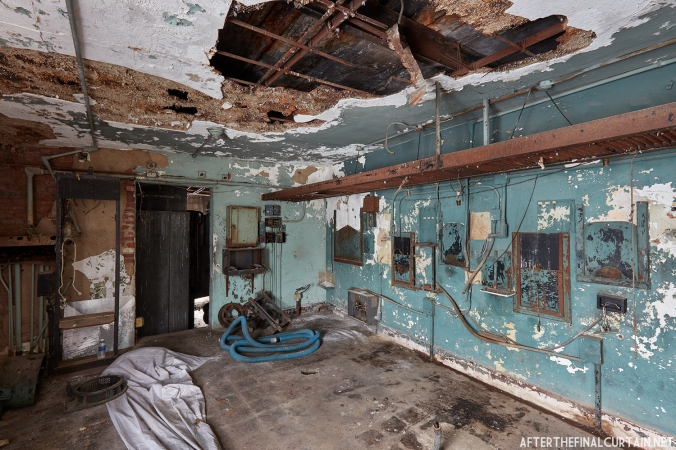 The Projection booth was cleaned out prior to the theater’s restoration in 2018.