The Uptown is one of the theaters that was exclusive to my first book, After the Final Curtain: The Fall of the American Movie Theater. However, due to the events of today (11.6.20) I think it’s fitting I post a theater from the city of Brotherly Love.

Stevie Wonder, The Jackson 5, The Temptations, Ray Charles, Smokey Robinson, Marvin Gaye, and the Supremes all have one thing in common, besides being renowned musical artists; they all performed at the Uptown Theatre in Philadelphia, PA. The Uptown originally opened on February 16, 1929 in the North Central neighborhood of Philadelphia, Pennsylvania. The 2,040-seat theater was designed by the architectural firm of Magaziner, Eberhard and Harris. It was built by Samuel Shapiro (who owned several theaters in the Philadelphia area) and operated by the Warner-Stanley (Warner Bros) Theatre Circuit.

Opening day at the Uptown consisted of a showing of “On Trial” starring Pauline Frederick and Bert Lytell and a Movietone address by Dr. Charles Beury, the president of nearby Temple University. The Movietone sound system allowed the Uptown to show talking motion pictures as soon as it opened. Vaudeville acts were also part of the regular bill and unlike many of its contemporaries the Uptown held vaudeville performances until 1950.

In 1957 Philadelphia radio personality Georgie Woods began producing shows at the theater. Woods was responsible for turning the Uptown into Philadelphia’s answer to Harlem’s Apollo Theatre by booking many famous African American acts. He referred to the Uptown as “the grand jewel of entertainment for Black America.” The theater became part of the “Chitlin’ Circuit”, which was the informal name given to performance venues across the United States that were safe for African- American entertainers to perform in during the period of segregation. According to R&B singer Ruth Brown, the Uptown was one of the four major theaters on the circuit that you had to play to prove that you had made it as an entertainer. The others were: the Howard in Washington DC, the Regal in Chicago, IL and the Apollo in New York City.

Like the Apollo, the Uptown became known for amateur nights where local artists could compete for prizes. Daryl Hall of Hall & Oates got his start at one of the Uptown amateur nights. Hall attended Temple University and won a record deal at an amateur talent show at the theater. The Uptown was also famous for booking acts at a very low price. Allegedly, Woods was able to get the Supremes for a 10-day engagement for just $400. Woods was also very active in the American civil rights movement and often used the theater to promote it. He would hold “freedom shows” to promote civil rights at the Uptown, giving the profits to charities of his choice, regardless of race or creed. Woods was honored for his involvement in the civil rights movement by the Philadelphia branch of the NAACP in a ceremony held at the Uptown. By 1971 the shows were grossing $250,000 a year and films were only shown during the times when no live performances were booked. However, in 1972 Woods stopped producing shows at the Uptown. By 1978 the theater’s audience grew too small for even the minor acts and it was forced to close.

The Uptown reopened as a church in the 1980s. Services were held at the theater until the roof was damaged by a storm in 1991 and the church was forced to vacate the property. The Uptown Entertainment and Development Corporation (UEDC), a nonprofit whose mission is to develop revitalization projects in downtrodden neighborhoods, bought the theater in 2002. UEDC raised enough money to stabilize the roof, restore the building’s exterior and renovate the attached office space. They plan to use the funds raised from renting out the office building to fully repair the roof and restore the auditorium so that the Uptown can be reopened as a performing arts center. UEDC estimates it will cost $8 million dollars to fully restore the building.

Summer is coming to an end, and since I spent quite a bit of my summer photographing more theaters for After the Final Curtain, it’s time for another “From the Balcony” print sale. The following prints will be $10 – $25 dollars off from now until September 21. If you buy all five, you’ll receive an additional 10% discount!

Prints are available in editions of five in the following sizes:

The available sizes are:

In addition all the images on the Prints page will be 25% off until September 21.

Please e-mail me if interested. Payment is accepted via Paypal, Amazon Payments or credit card. Prints are shipped via USPS or FedEx. 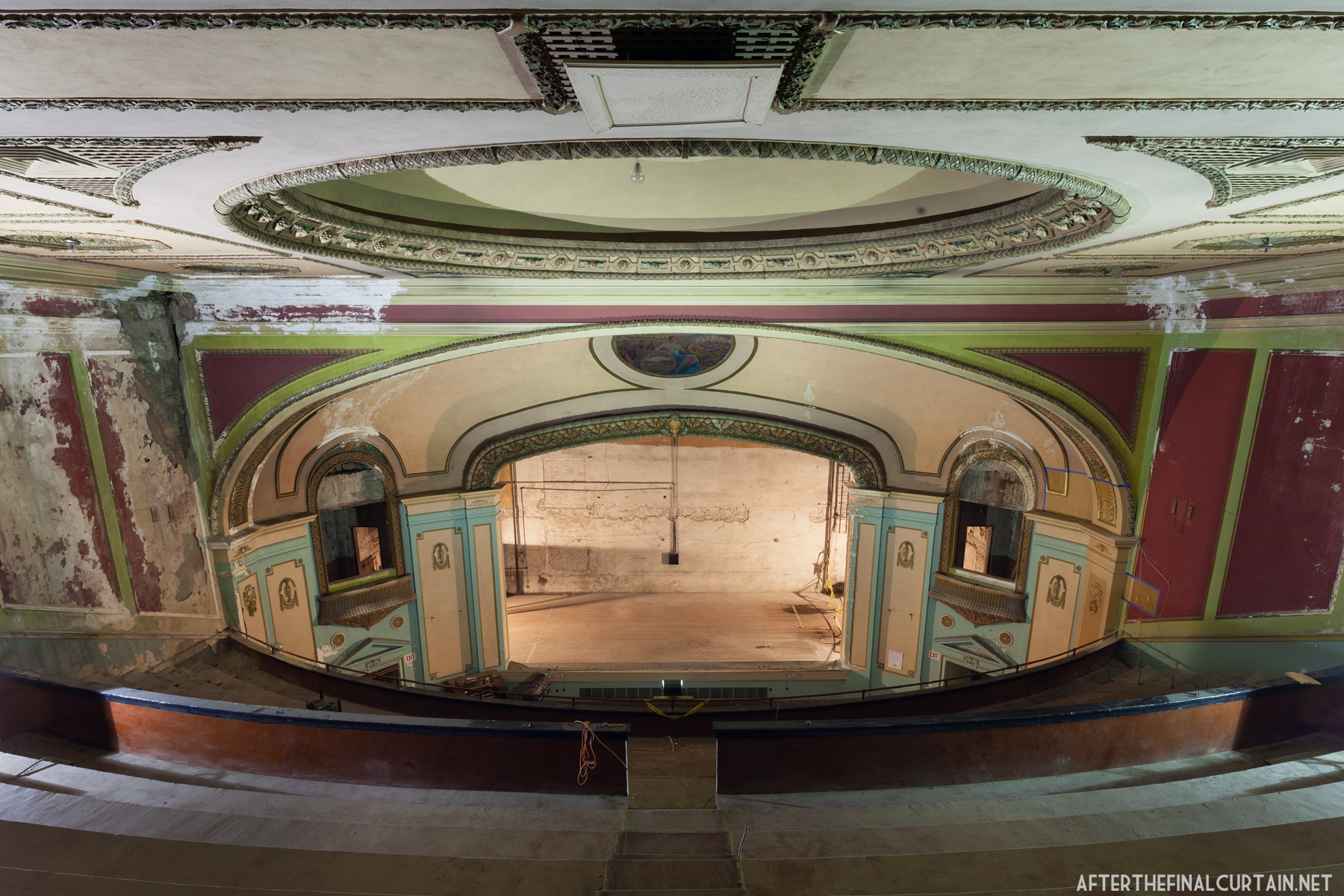 It’s time for another round of the “From the balcony” Print sale. The following prints will be $25 dollars off from now until April 30th. If you buy all 5 you’ll receive an additional discount!

Prints are available in editions of five in the following sizes:

The available sizes are:

In addition all the images on the Prints page will be 50% off until April 30.

Please e-mail me if interested. Payment is accepted via Paypal, Amazon Payments or credit card. Prints are shipped via USPS or FedEx. 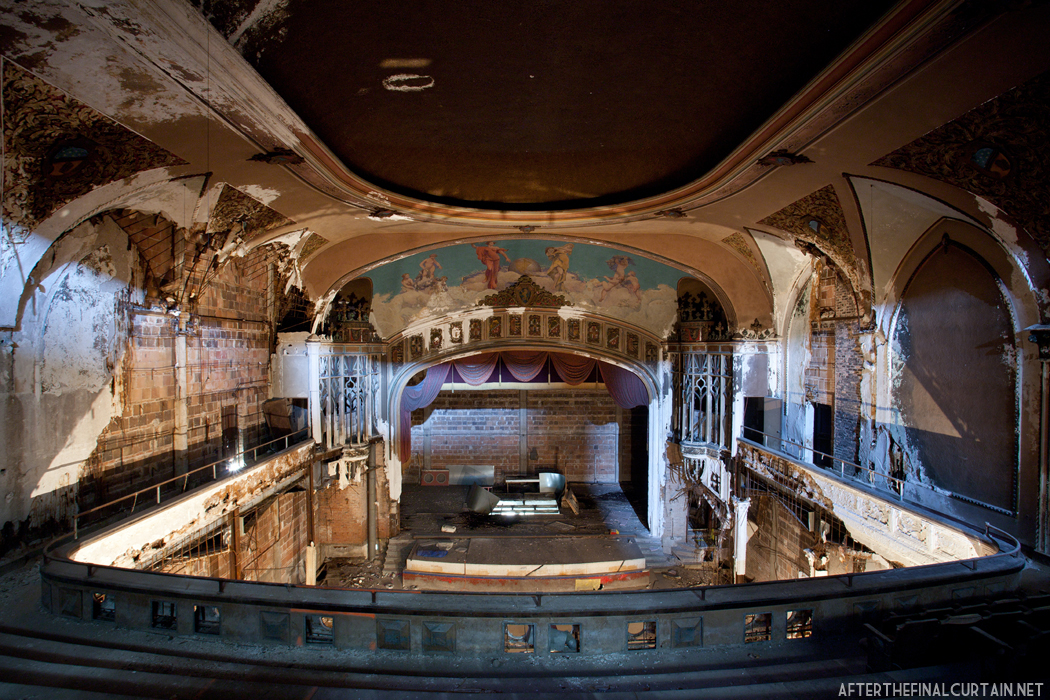 The Uptown Theatre opened as the Majestic Theatre on May 2, 1928 in Racine, Wisconsin. The 1,300 seat theater was designed by local architect B. Wade Denham for owner Ernst Klinkert. The interior was designed in the Gothic style — as many theaters at the time were in the Adamesque style, Gothic, a style usually used in churches, was an unusual choice. Denham was praised for using a hillside location to achieve full stage visibility from any seat in the auditorium. In addition to the theater itself, the building also had eight apartments to house the actors when the theater was showing plays and musicals. The Majestic closed in 1930, two years after it opened.

END_OF_DOCUMENT_TOKEN_TO_BE_REPLACED 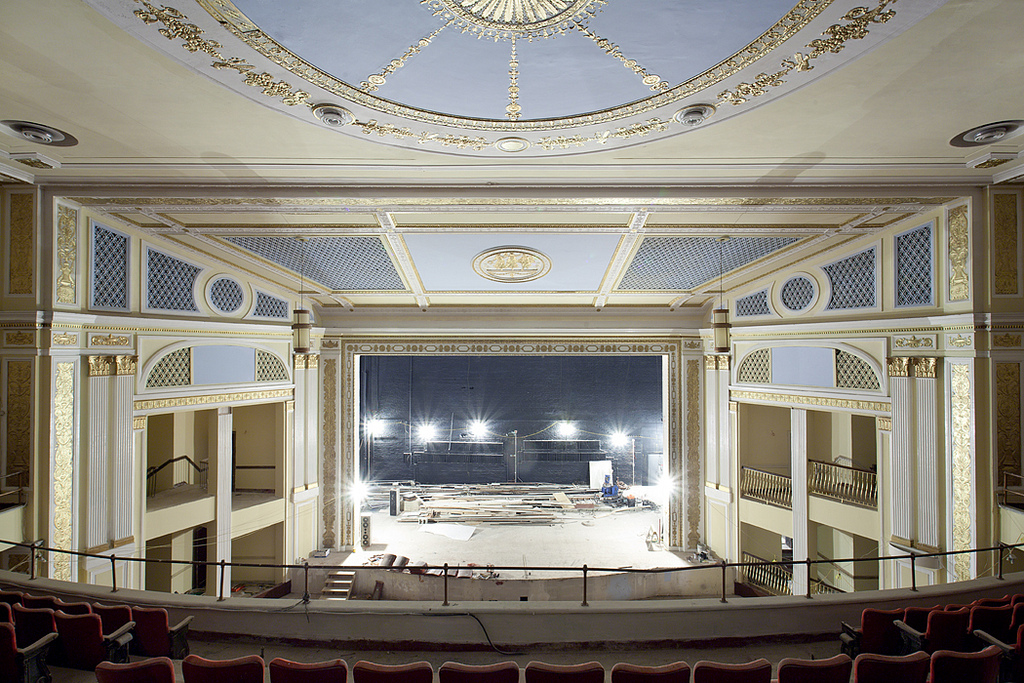 I’m currently running a poll for my next blog post on the After the Final Curtain Facebook page. The theater that receives the most likes will be the next post on AtFC. Click here to cast your vote! 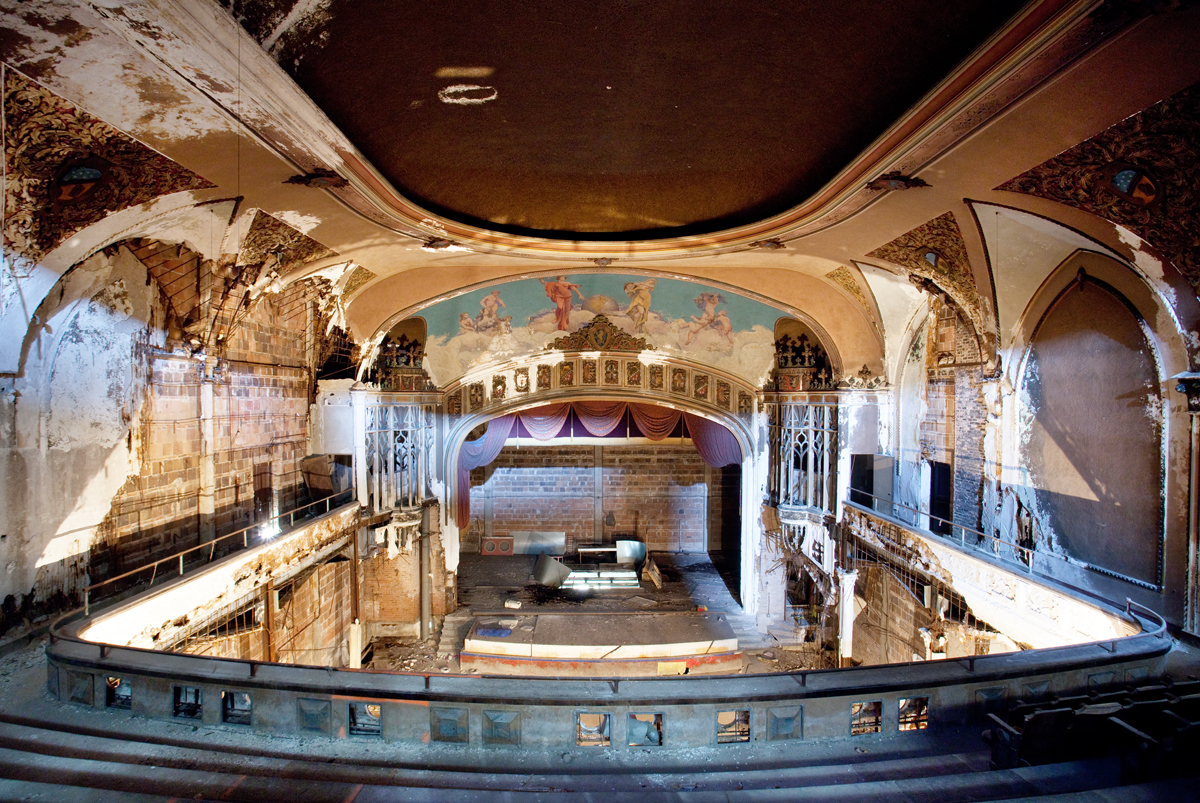 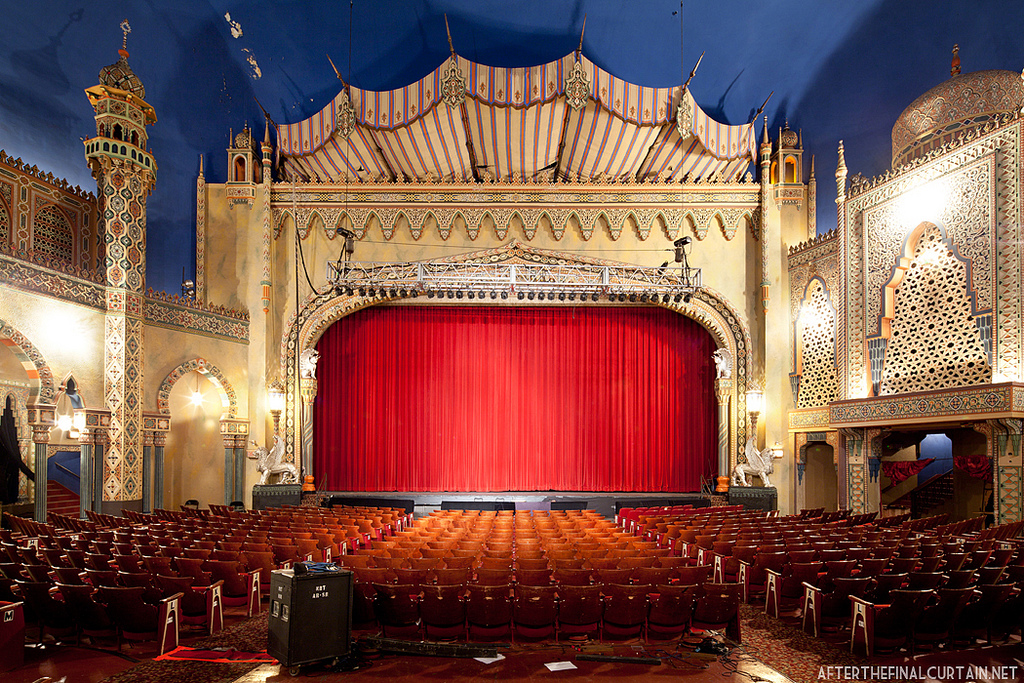