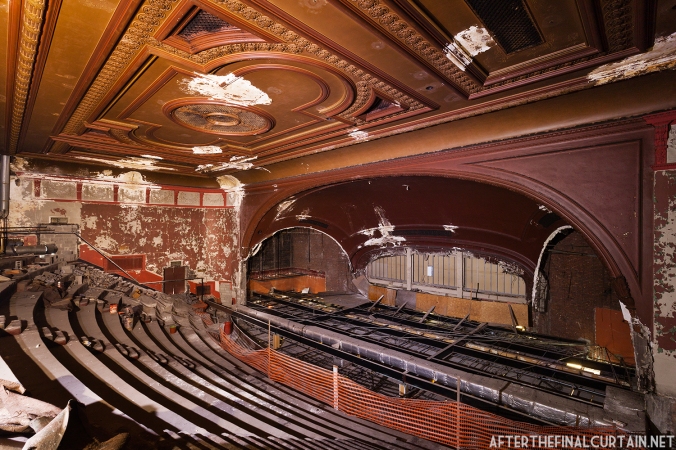 View of the remains of the Prospect Theatre.

B.F Keith’s Prospect Theatre opened on September 7, 1914 in the Prospect Park neighborhood of Brooklyn, NY. The 2,381 seat theater was constructed on the site of a synagogue and three apartment buildings. It was designed by architect William McElfatrick for the Keith Vaudeville Company. The Prospect was dubbed “the woodless and postless theater” while it was being built due to the fact that no wood was used in its construction and there were no posts helping to support the balcony. Woodwork was left out of the building so that the theater would be much safer if a fire broke out. The balcony was supported by a 65 ton steel beam, which eliminated the need for support beams that could have obstructed views during performances. Opening advertisements boasted that the balcony was strong enough to support the world’s ten heaviest locomotives.