This theater is not abandoned, but I had the chance to shoot it late last year, and I wanted to share the images with everyone. 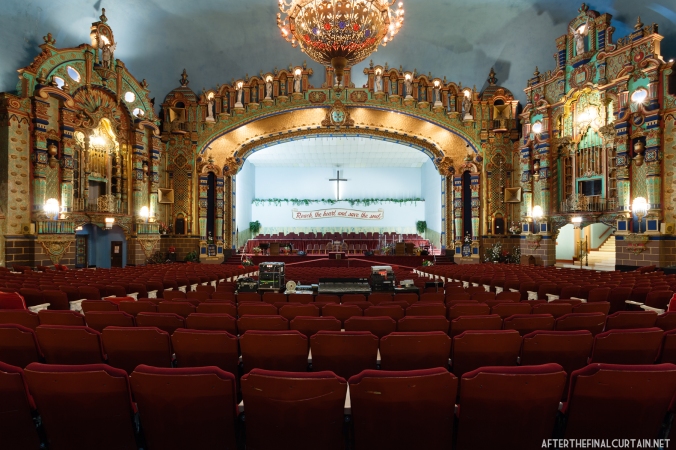 View from the main level of the auditorium.

In the early 1920s, the Paramount-Publix theater chain planned to open five theaters in the New York City area. However, in December of 1927 those plans were put on hold due to an agreement with the Loew’s Corporation. The agreement stated that Loew’s would not open any new theaters in Chicago, and Paramount would not open any more in New York. The plans for four of the theaters were then turned over to the Loew’s Corporation. Two years later on January 12, 1929, The Loew’s Valencia Theatre opened in Jamaica, Queens, and became the first of the five Loew’s “Wonder” theaters.