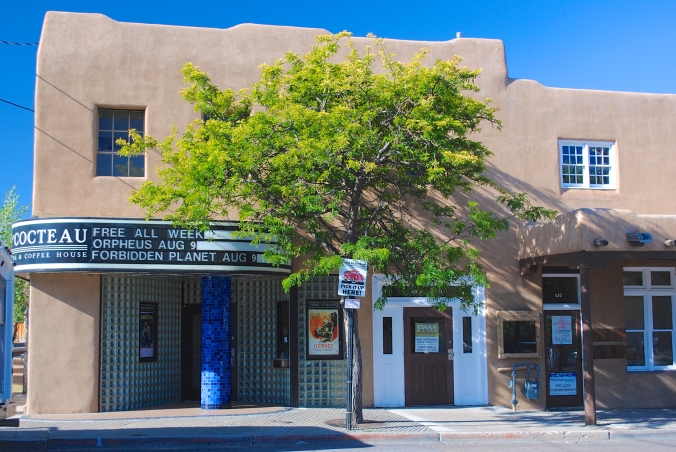 The exterior of the Jean Cocteau Theatre. Photo: Suzanne Kessler

I’m very excited to announce that I’ll be giving a lecture on abandoned theaters on February 17 at the Jean-Cocteau Theatre in Santa Fe, New Mexico. A selection of my images will be exhibited at the theater’s gallery space until March 17.

Below is a brief history of the theater from it’s website:

Trans-Lux Corporation purchased the venue in 1989 and ran the theatre, which has a single screen and 120 seats, until closing it in April of 2006. The state of New Mexico then leased offices above the theater and the theater itself as the home for the state film office, with plans to make the theatre auditorium into a film museum. Funding for that project never came to fruition and the film office left the theater and offices in 2010. Trans-Lux still owned the theater, which stood vacant until it was purchased by author George R R Martin in 2013, who reopened it on August 9, 2013.

The theater shows film on 35 mm and digitally as well, combining the best of the old with the best of the new, including Santa Fe’s only ‘Midnight Movie’ series, with a different title being offered each weekend at 11 PM.”